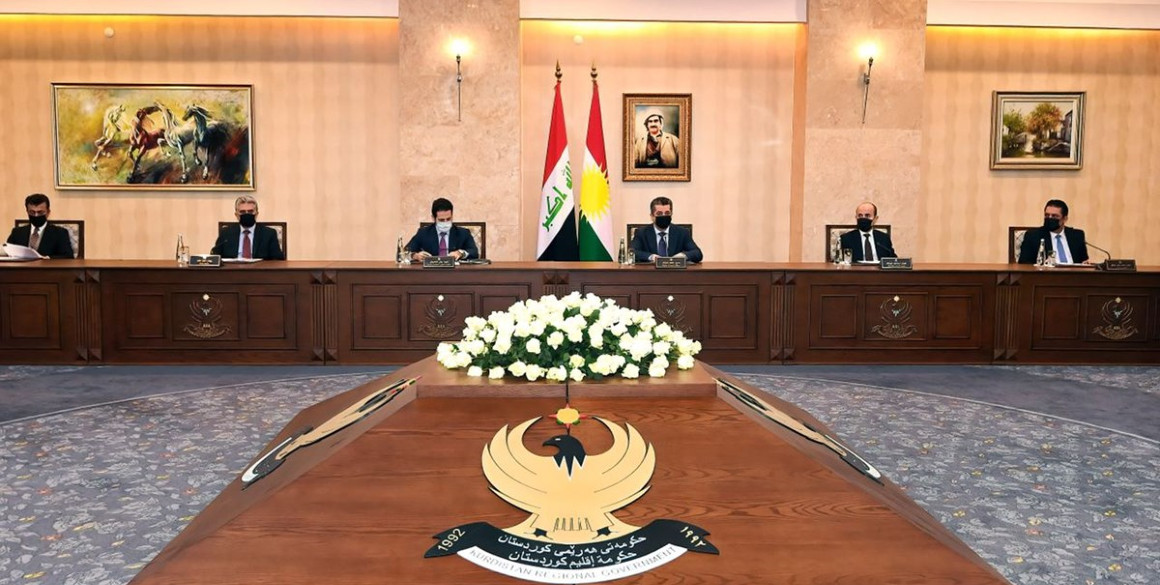 Council of Ministers convenes on dialogue with Baghdad

Joined by Deputy Prime Minister Qubad Talabani, the Prime Minister recognised the tireless efforts of the government delegation that spent two weeks negotiating with federal authorities in Baghdad. He stressed the government is prepared to settle on a peaceful and fair resolution to ongoing disputes within the framework of the constitution, ensuring there are no challenges in Baghdad to an equitable agreement that protects the Kurdistan Region’s financial entitlements.

Prime Minister Barzani also emphasised the government will continue to defend the constitutional rights of the people of Kurdistan, warning that Erbil’s share of the federal budget is being used as a tool against the people to apply political pressure on the Kurdistan Regional Government. He called on the United Nations to take part in future negotiations with Baghdad to reach a lasting agreement, defining the rights and obligations of both parties.

During the meeting, the government’s High-level Delegation on Baghdad Relations briefed the Cabinet on their talks with federal authorities, which included negotiations regarding Erbil’s share of the federal budget. The delegation updated Cabinet on the Kurdistan Region’s share in the 2021 federal budget bill, which was recently approved by the Federal Government. The delegation urged federal authorities to implement the Federal Fiscal Deficit Bill as well, adding that the Kurdistan Regional Government has fulfilled its obligations in this regard and is therefore entitled to receive its share. The Cabinet called on the Federal Government to promptly send Erbil its share of the budget.

Cabinet Members addressed the continued spread of the coronavirus and its new variant, deciding to toughen mitigation measures in public places, government, and private sector institutions.

The Council of Ministers expressed their best wishes to the people of the Kurdistan Region for the New Year, and wished fellow Christians a Merry Christmas. They also announced the public holiday period will start December 27 to January 2.