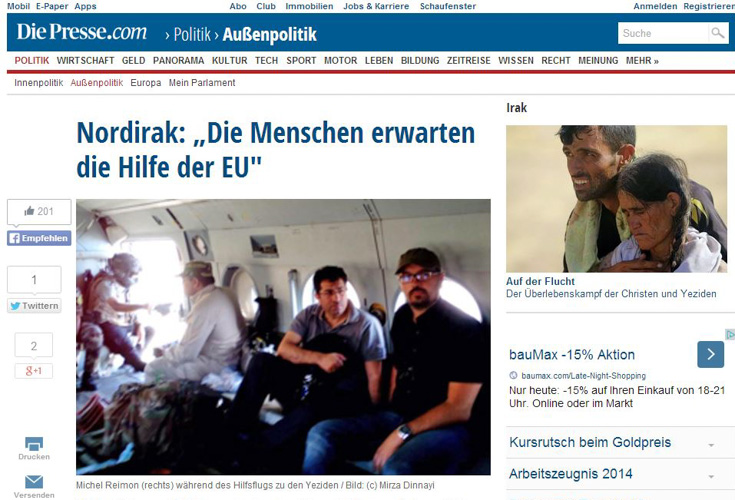 In an interview with the daily newspaper Die Presse, Reimon draws attention to the plight of the 1.5 million refugees in the Kurdistan Region of Iraq and calls for urgent humanitarian assistance by the European States. From Austria he already demanded on Monday evening, direct assistance for Kurdistan.

“About 1.5 million refugees and internally displaced people live currently in the autonomous Kurdistan Region. And that with a population of about six million,” says Reimon. To the displaced people from other parts of Iraq and refugees from Syria now add tens of thousands people who had to leave their villages because of the recent advances of the extremists IS.”