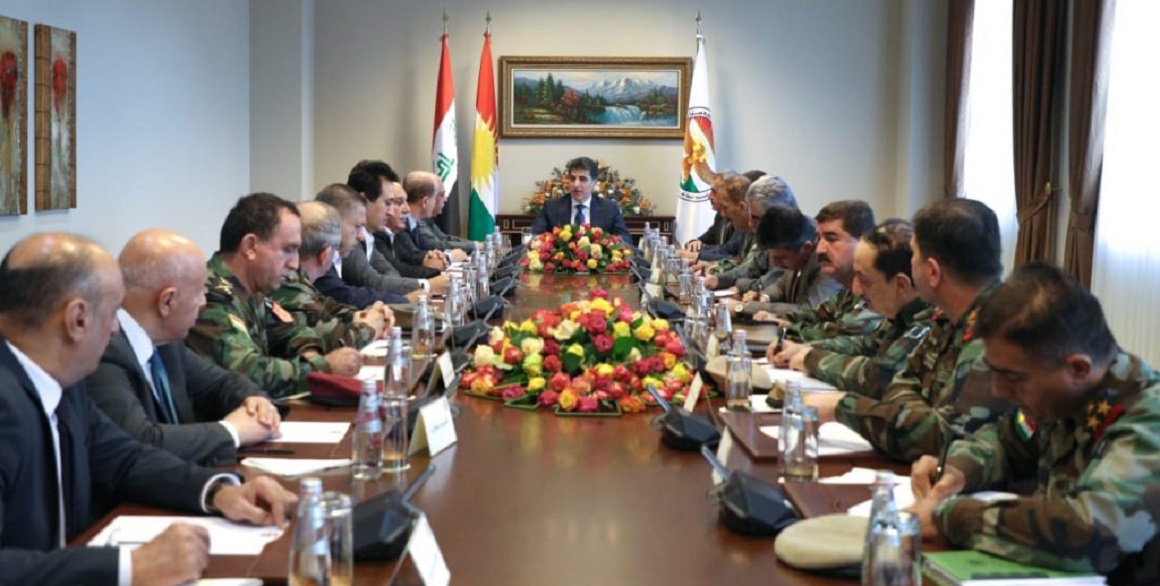 Reform of the Peshmerga Forces

Simultaneously, Prime Minister Masrour Barzani chaired a meeting of the KRG Cabinet on 13 November. The discussion focused on the progress made in relation to the reform of the Ministry of Peshmerga. Minister Shoresh Ismael presented a detailed report on the ministry’s structure and expenditures, stressing the government’s role in supporting the implementation of the reform process.

It was decided that the Cabinet appoint a committee, led by Prime Minister Barzani, to follow up on recommendations presented in the report to facilitate the reform, in order to ameliorate the ministerial structure and enhance its administrative and legal dimensions.

Read here the speech by President Nechirvan Barzani on the need of Kurdistan to have a unified national armed force, one that is without any political or religious affiliations.