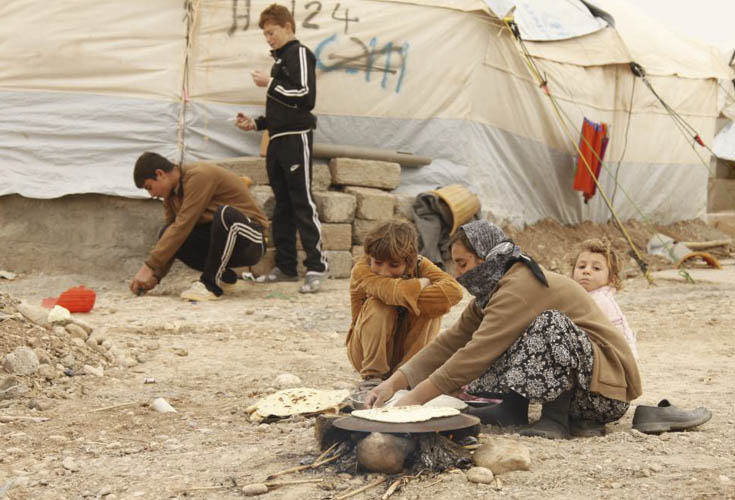 The Kurdistan Regional Government (KRG) has been struggling to provide adequate humanitarian assistance to an overwhelming number of Iraqi IDPs and Syrian refugees.

According to the KRG Ministry of Planning, the Kurdistan Region needs further assistance from United Nation agencies and the international community in order to be able to continue providing such assistance.

According to Director General for Capital Investment and Budget in the KRG Ministry of Planning, Mr. Zagros Fattah, the financial burden on the KRG has increased dramatically and it can hardly afford to provide adequate assistance to the already settled over 1.5 million refugees and IDPs, who have sought refuge in the Kurdistan Region.

He warned that additional IDPs are anticipated as military efforts are taken to liberate Mosul and other places that are currently under the domination of the Islamic State terrorist organization IS. Despite the best efforts made by the KRG, it is beyond its capacity to adequately meet the basic humanitarian needs of all IDPs and refugees.

“Although the Federal Government of Iraq claims it lacks funds to assist the IDPs, it seems there is no political will to do so. Internally displaced families are fragile Iraqi nationals and it is the utmost duty and responsibility of the Iraqi Federal Government to support the KRG in providing assistance to them,” Zagros Fattah said.

Most displaced people arrived in 2014 during a time when the KRG was facing severe financial difficulties. The Iraqi Federal Government stopped providing the KRG its share of national revenue, as earlier agreed. According to a World Bank report published in February 2015, Baghdad’s refusal to send the Kurdistan Region budget in 2014, combined with the refugee and IDP crisis, adversely impacted all productive and social sectors in Kurdistan Region. “Together the wave of refugees and IDPs exerted a huge pressure on the KRG as it exceeds 28 percent of its own population”, said the World Bank report.

The World Bank projected the KRG’s needs to US$ 1.4 billion in order to stabilize the influx of displaced people at the current level, without allowing for additional IDPs.  If 300,000 additional IDPs flee to the Kurdistan Region this projection could rapidly rise to over US$ 2 billion.

In a joint statement by the KRG and United Nations on 26 March 2015, Deputy Special Representative of the UN Secretary-General for the UN Assistance Mission for Iraq as well as UN Resident and Humanitarian Coordinator for Iraq, Lise Grande, stated that, “This is a major humanitarian emergency. It’s imperative that we as the international community support the Kurdistan Regional Government in assisting the victims of ISIL.”

Since the liberation of Tikrit, according to the Head of Emergency Committee in Sulaymanya Governorate, Aziz Sofi, an additional 3,000 families fled from Anbar and sought safety in the governorate. “Although Tikrit is now liberated, no family is willing to return to the city due to security concerns”, said Sofi.