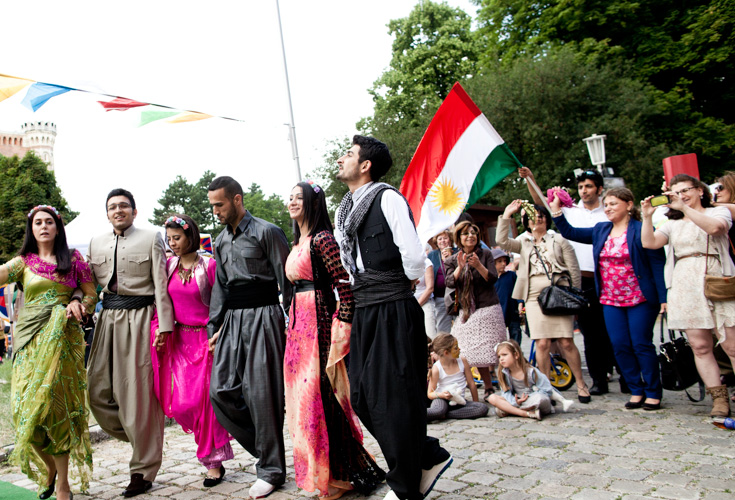 On Sunday, 15 June 2014, the Festival of Nations which promotes culture and international understanding, took place in front of the Museum of Military History in Vienna. For the first time the Kurdistan Region of Iraq was represented as well. The visitors were able to admire Kurdish clothing, jewelry and traditional woven carpets and to gather information about the Region. Of course, culinary specialties of the Kurdistan Region such as “meze” –a variation of Kurdish starters, Dolma and much more were not missing.

The dance group of the Kurdish center in Vienna performed traditional Kurdish dances on the stage of the festival and was, with its colorful choreography, a musical highlight at this successful event.