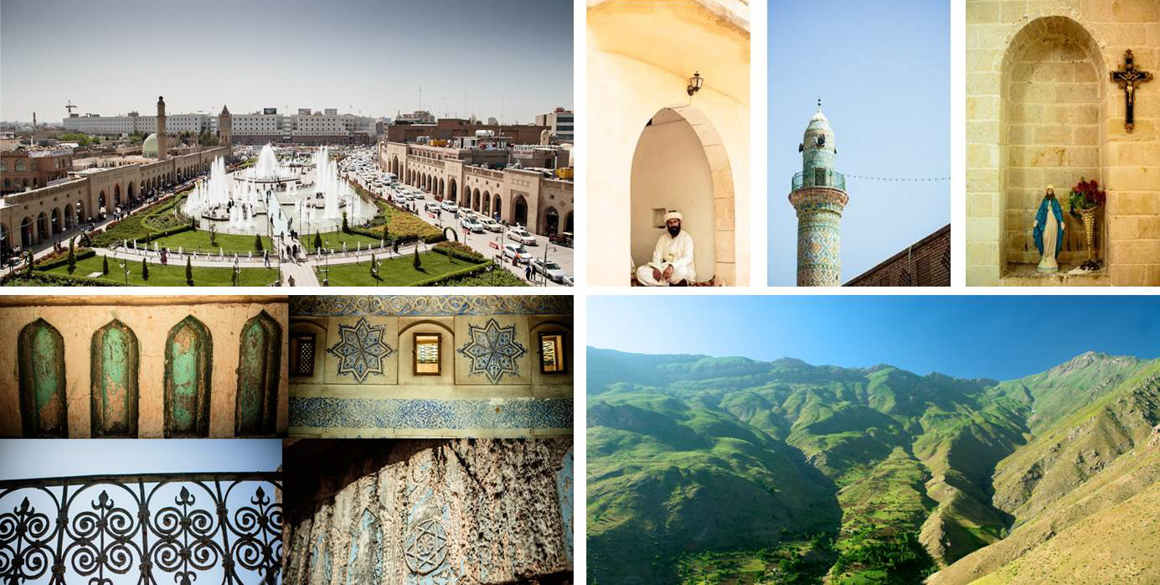 The Kurdistan Region of Iraq

Kurdistan is geographically and climatically diverse. Hot and dry summers, where temperatures can climb up to 40C°, as well as wet and cold winters are common. Because of its mountainous landscape, Kurdistan offers a variety of cooler holiday destinations that are ideal getaways from the hot cities on weekends. The picturesque mountain regions are covered with lush forests. The highest mountain in the Kurdistan Region is the 3360m high Halgurd, situated in the eastern part of the Region.

Previously known as breadbasket of the region, Kurdistan benefits from fertile soils and rich water resources. The rivers Sirwan and Tigris, as well as their arms Great and Small Zab, provide ample irrigation and are also ideal destinations for day trips.

Foreign investors from Turkey, Lebanon, as well as from European countries such as Austria, are active in the Region. Apart from the flourishing oil and gas sector, investments are particularly welcome in the areas of agriculture, industry and tourism.

Infrastructural development has increased remarkably in the last decade. International airports are situated in Erbil and Sulaimani and a stable power network is well established across the Region.

The composition of the population in the Region has changed significantly over time. Under Saddam Hussein’s Arabization program, hundreds of thousands of Kurds were displaced or relocated. After the withdrawal of Iraqi troops in 1991, people increasingly migrated into the Region’s cities. The growing urbanisation contributed to a general shift from subsistence farming to increased employment in the trade and construction sectors.

Languages
The official languages of the Kurdistan Region are Kurdish and Arabic. Moreover, a variety of Kurdish dialects are spoken. The most frequently spoken ones are Sorani, spoken in Erbil and Sulaimani, and Kurmanji, common in Duhok. Less common dialects are Hawrami and Zazaki. The Assyrian-Chaldean community mainly speaks Neo-Aramaic and the Turkmen community usually speaks Turkoman.

Religion
Religious diversity is an integral part of the new, pluralistic Kurdistan Region, where minorities are protected and all religions can be practiced freely.