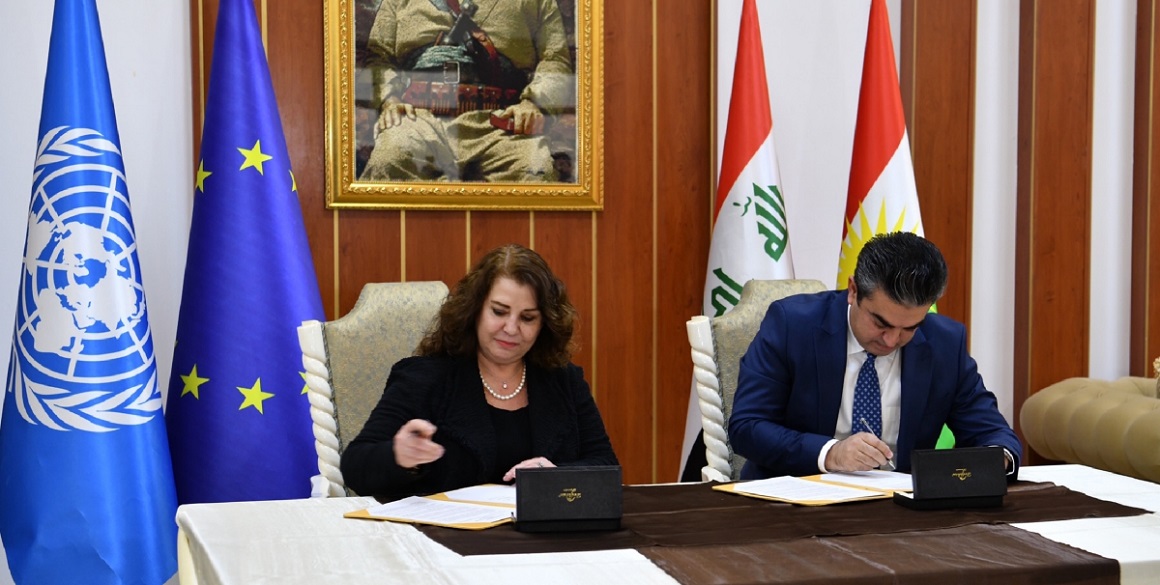 Duhok will soon have its first solar energy park in a major step towards becoming a low-carbon governorate, setting an example on sustainable renewable energy to follow in Iraq. In February, the United Nations Development Programme (UNDP) signed a letter of agreement with the Governorate of Duhok to establish a pilot solar park that will provide a minimum of two megawatts of electricity within two years. The European Union provided US$2 million of funding for this project under the UNDP programme “Supporting Recovery and Stability in Iraq through Local Development.”

Governor of Duhok, Mr. Farhad Atrushi, said: “Our commitment to take climate action, deliver affordable, clean energy to the citizens and address electricity shortages remains as strong as ever. Under the Duhok Sustainable Energy Action Plan (SEAP), we pledged to reduce greenhouse gas emissions by 2030. Establishing the first solar park in Duhok will contribute to achieving this goal and meet the needs of the market. We are grateful to the EU and UNDP for helping to make this happen. We look forward to purposeful partnerships with the private sector for green energy for present and future generations.”

Duhok experiences serious deficits in electricity and has over 1000 electricity generators that are causing chronic air and noise pollution. According to the Sustainable Energy Action Plan that was developed under the Local Area Development Programme (LADP II), Duhok foresees the installation of solar parks to provide up to 40 megawatts of clean electricity by 2030.

Resident Representative of UNDP Iraq, Ms. Zena Ali-Ahmad, said: “We are encouraged by the Governorate of Duhok’s commitment to reducing its carbon footprint and providing green energy to its citizens. Establishing a solar park will stimulate the economy through private sector investments, create more jobs in green economy, and above all reduce pollution. The project will represent the first introduction of solar energy supply on such a scale in Iraq.”

In the programme Supporting Recovery and Stability in Iraq, economic growth and job creation are prioritized, with a focus on green projects, involving youth and women.