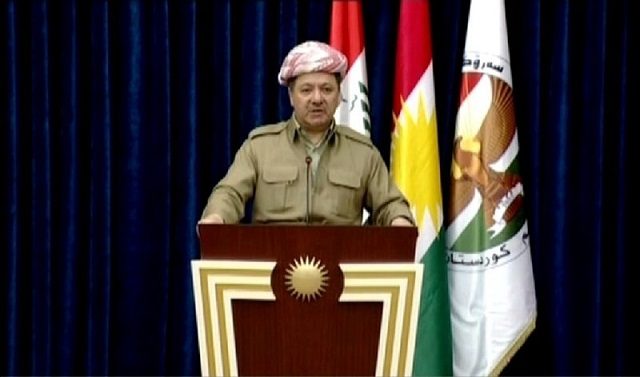 A Message from President Masoud Barzani

Over the past century, we have not had any real exercising of the principle of partnership in Iraq. We have instead experienced a series of injustices including the genocidal Anfal campaign and bombardment by chemical weapons. It is therefore in pursuit of peace and avoiding further conflicts that the people of the Kurdistan Region decided to hold the referendum to determine their destiny and move towards independence.

The people of the Kurdistan Region took this decision, and it is, therefore, a natural and a just right, which does not violate any divine or human principles. Additionally, this democratic exercise is in no way meant to create any hostilities towards any components of the Iraqi society. On the contrary strong foundations will be built for new historical relations between the people of Kurdistan and the Iraqi people, and will put an end to those who want to sow discord and fuel differences between the two peoples.

Any statement or behavior that can be perceived as hostile to the principles of brotherhood and peaceful co-existence has nothing to do with the supreme values of our people or the general policies of the Kurdistan Region, which has historically taken pride in its culture of coexistence and tolerance.

Today, as our people move toward independence, it is imperative that we hereby assure everyone that we cannot confuse the criminal and inhuman behavior of the Iraqi regimes against the people of Kurdistan and the spirit of brotherhood that binds the people of Kurdistan with the Iraqi people. We affirm that the referendum process will not negatively affect the continuity of that spirit and friendship. Not only will the brotherhood between the peoples of the Kurdistan Region and Iraq continue, it will also be further deepened. It is also noteworthy to remind everyone that all of the components of the Iraqi society were victims of the criminal acts of the successive dictatorial regimes in Baghdad. We, along with other Iraqis always collectively fought, in one trench and one front against injustice and tyranny.

As the citizens of the Kurdistan Region pursue their just rights, we ask them to take into account the supreme values of our people and our culture of brotherhood and peaceful coexistence between the ethnic and religious components of Iraq.

Furthermore, we ask our Iraqi brethren to understand that the people of Kurdistan have never been the reason to destabilize Iraq’s unity or the principles of partnership and coexistence. The dictatorial regimes of the successive Iraqi governments have heavily contributed to creating an Iraq where governments were placed to sabotage those principles.