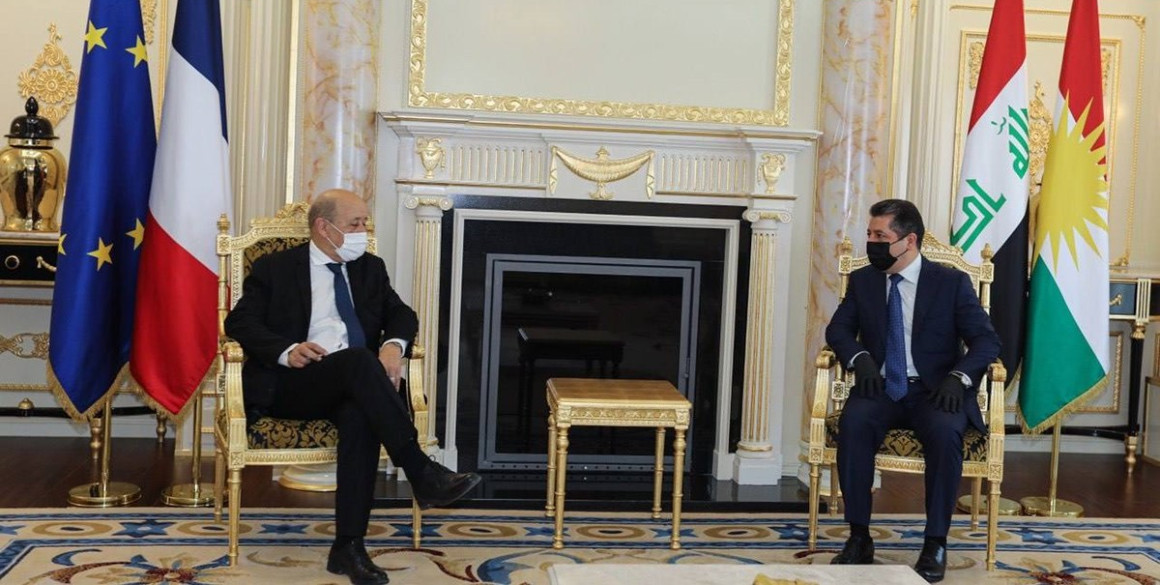 In the meeting, also attended by Deputy Prime Minister Qubad Talabani, both sides reviewed the political situation in Iraq and the importance of developing the already strong, historic relationship between the Kurdistan Region and France.

Prime Minister Barzani and Foreign Minister Le Drian agreed on the importance of increasing bilateral trade and investment in a way that reflects the strong, trusted political and diplomatic ties.

The Prime Minister thanked France for its historic commitment to the Kurdish people. He also spoke about recent talks with the federal government on outstanding issues, including budget and oil and gas. In that regard, Prime Minister Barzani noted that France can play an important role for an agreement that is in line with the Iraqi Constitution.

Foreign Minister Le Drian reiterated his country’s support toward the Kurdistan Region at this difficult time. He announced readiness to assist, adding that experts are on the ground to help develop the agricultural sector to ease the economic crisis. Foreign Minister Le Drian added that aid to the refugee camps will continue through aid organisations.