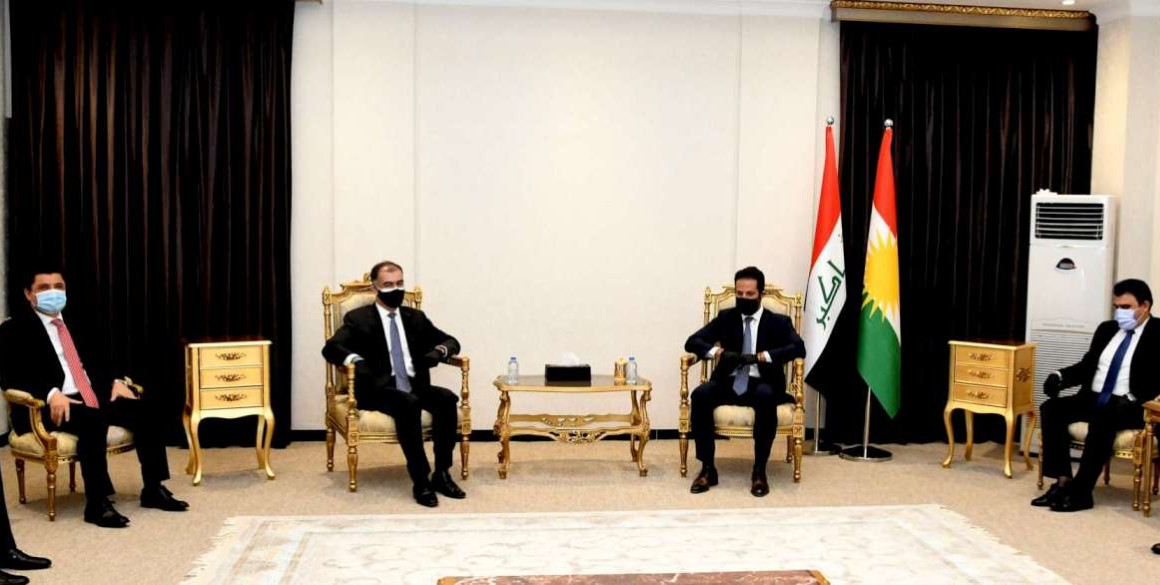 In a ceremony at the Department of Foreign Relations (DFR) of the Kurdistan Regional Government (KRG), Mr. Daban Shadala, the former KRG’s Representative in Spain, started his duty as the Deputy Head of DFR. The ceremony was attended, among others, by Deputy Prime Minister of KRG, Qubad Talabani, and Minister Safeen Dizayee, Head of DFR.

Minister Dizayee congratulated Mr. Shadala on assuming his new role and offered him his full support, while also wishing him success in performing this important responsibility of strengthening the Region’s relations with the international community. He also noted that Mr. Shadala has long experience of foreign relations and looks forward to working with him.

In his speech, Deputy Prime Minister Talabani stressed the role of the DFR as one of the most important pillars of the KRG, saying that the Premiership fully supports the DFR’s endeavours to strengthen the KRG’s diplomatic relations with the international partners.