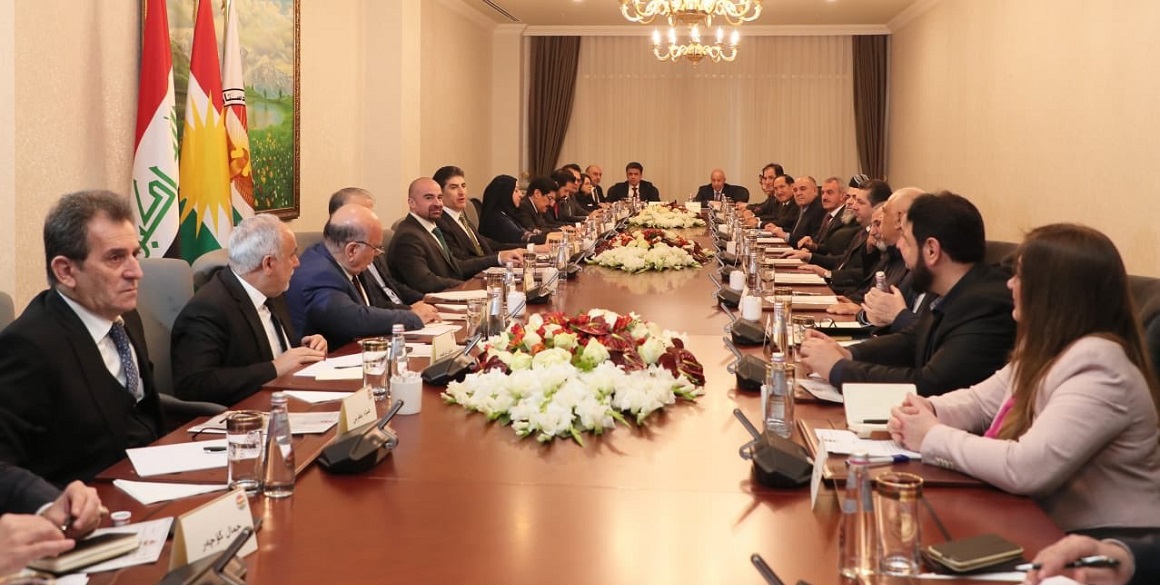 In the meeting, the outcomes of the recent visit made by the representatives of Kurdistani political parties to Baghdad their talks with the Iraqi political parties and Prime Minister- designate Mr. Muhammad Allawi were discussed.

The meeting reached the following conclusions:

First: We work to form a new government that enjoys the trust of all communities across Iraq, has the ability to solve the current problems in the country, makes serious efforts to restore stability and also makes preparations for an early election.

Second: The steps taken by Mr. Allawi so far have not earned the trust of many Iraqi parties and communities, therefore we ask that his work plan and agenda be revised in a way that the future government will address and meet the demands of all Iraqi communities.

Fourth: Iraq is now facing serious domestic and foreign challenges and is passing through a dangerous historical turning point. Therefore, we urge all political leaders to join the negotiation table and reach a unified national decision.

Fifth: In order to achieve these objectives, the Kurdistan Region’s delegation will continue talks and exchange of ideas with all Iraqi political parties.