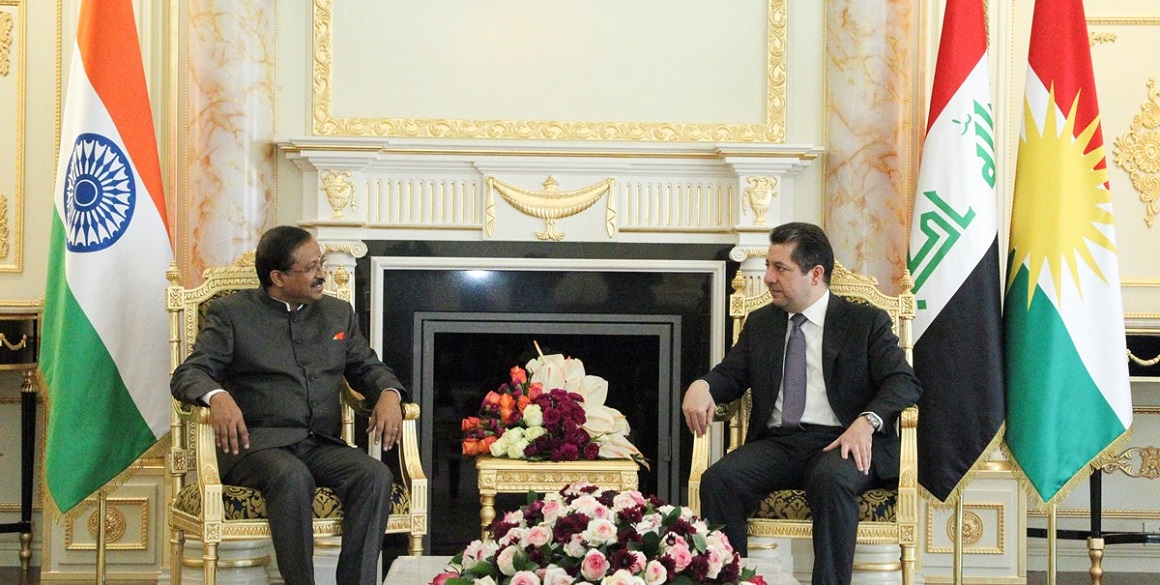 Prime Minister Masrour Barzani received a delegation from India headed by Minister of State for External Affairs, Mr. Vellamvelly Muraleedharan. The focus of the discussion was the strengthening of the cooperation between India and the Kurdistan Region of Iraq, especially in the areas of trade, investment, and tourism. Prime Minister Barzani acknowledged existing opportunities that spring from the historical ties between India and the Kurdistan Region.

Mr. Muraleedharan was also received by Kurdistan Region President Nechirvan Barzani. On this occasion, they inaugurated the first bust of Mahatma Gandhi in Iraq at the Sami Abdulrahman Park in Erbil.

Along with HE @IKRPresident inaugurated the first ever bust of Mahatma Gandhi in Iraq at the picturesque Sami Abdulrahman Park, Erbil. @narendramodi @PMOIndia @AmitShah @DrSJaishankar @MEAIndia @VMBJP pic.twitter.com/nMJ7B3XPbd