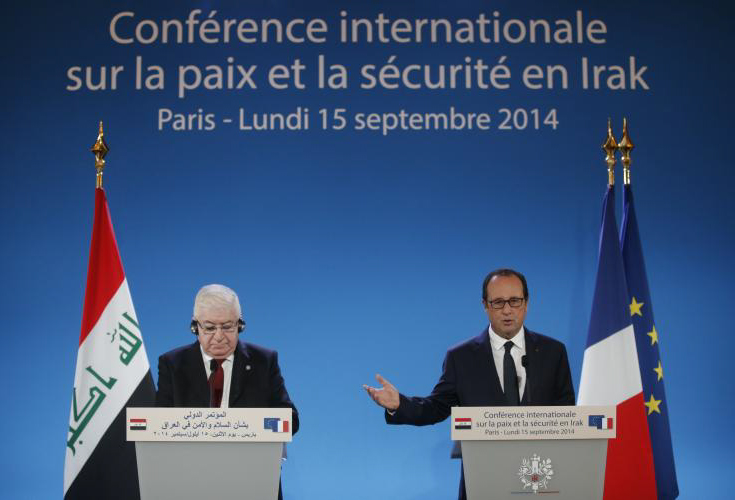 On 15 September, 29 countries and international organizations met in Paris to discuss a strategy for tackling the imminent threat posed by IS in Iraq. The conference, which was chaired by both the Iraqi and French presidents, saw all participants pledge their support to Iraq and the Kurdistan Region toward a coordinated action against the IS.

In his opening speech, French President Francois Hollande stressed that the threat IS poses was “global, so it requires a global response”, and therefore requested the international community to engage.

Preceding the conference, the Kurdistan Regional Government (KRG) issued a statement welcoming any military action against IS. Furthermore, they urged the attending countries and especially the Arab states to assist the KRG in addressing the ongoing humanitarian crisis. Yezidis, Christians, Sunni Arabs and other displaced persons have fled to the Kurdistan Region to seek refugee against the continuous terror of IS.

The Paris Conference for Security and Peace in Iraq was attended by the foreign ministers of various EU states, among them German Foreign Minister Frank-Walter Steinmeier, and US Secretary of State John Kerry, Russian Foreign Minister Sergey Lavrov, as well as representatives of the Arab League and the United Nations.