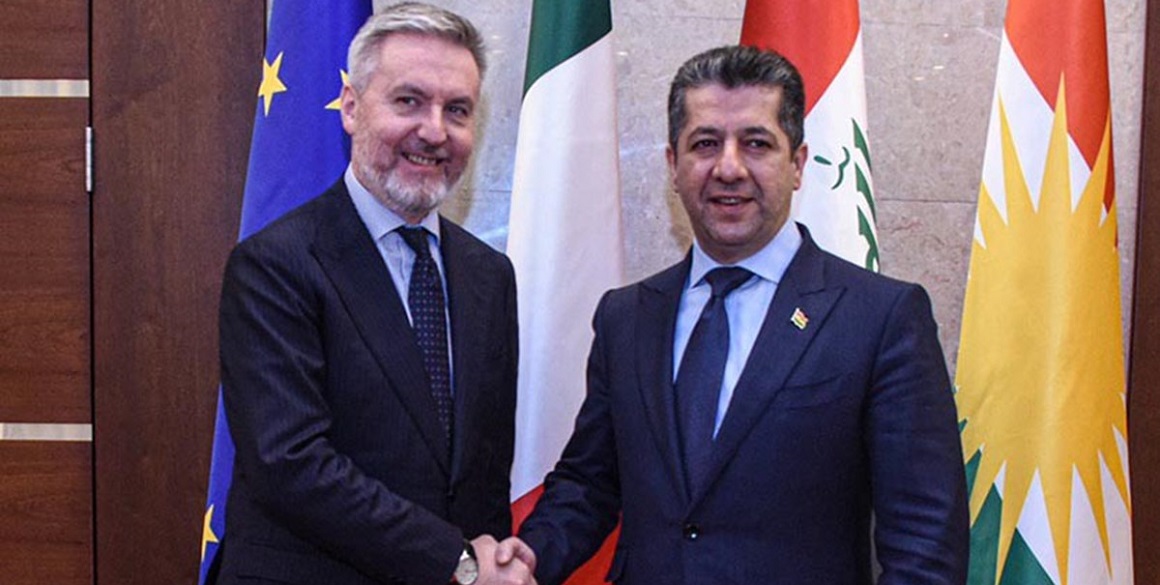 I had a constructive meeting with Italian Defence Minister @guerini_lorenzo. I’m pleased that Italy will continue its important role in the Global Coalition and support the Kurdistan Region and Iraq in the fight against terror. pic.twitter.com/2T1R7JMcl9

The Italian Defense Minister, Lorenzo Guerini, led a delegation to the Kurdistan Region of Iraq, where he was received by President Nechirvan Barzani and Prime Minister Masour Barzani.

Recognizing the extensive support of the Italian government to the Kurdistan Region in the fight against the Islamic State, Prime Minister Barzani updated Minister Guerini on the latest developments and threats to the security of Iraq and the Middle East.

Prime Minister Barzani thanked Minister Guerini for his country’s recognition of the sacrifice made by Peshmerga forces. He emphasised the Kurdistan Regional Government’s commitment to cooperating with all partners, including the Iraqi federal government, in fighting the threat of terrorism.

The Italian Minister affirmed that his country, as a key member of the Global Coalition against ISIS, will continue to support the Peshmerga and the KRG in protecting the people of the Kurdistan Region and Iraq.

Italy plans to renew its mission in Iraq, which Prime Minister Barzani considered critical to sustaining efforts to combat the re-emergence of ISIS and other armed groups.