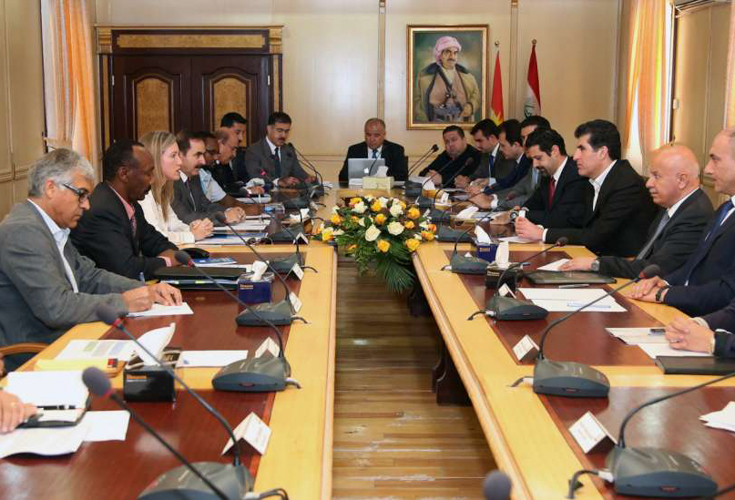 Representatives from the High Commission for Refugees (UNHCR), the World Health Organisation (WHO), the World Food Programme (WFP), and the UN Children’s Fund (UNICEF) participated in the meeting. They praised the KRG for accommodating vast numbers of displaced people and meeting their needs. It was noted that the KRG demonstrated proficiency in facing the situation and managing the influx of displaced people in an unexpectedly short period of time.

The issues and problems facing the displaced people and refugees were discussed in detail. All sides emphasised the importance of full coordination and cooperation between UN agencies and relevant KRG bodies and institutions in order to best assist the displaced and meet their needs in terms of livelihood, health, and education.

Prime Minister Barzani conveyed his government’s appreciation for all the aid and support provided thus far by UN agencies to displaced people and refugees in the Kurdistan Region and in Duhok governorate in particular. The Prime Minister noted that UN agencies have become essential partners for the KRG in managing the enormous burden the KRG faces as a result of the influx of displaced people and refugees. He noted that this is especially important since the Iraqi Government is not providing assistance, though it is necessary in this case, and it is not fulfilling its duties.