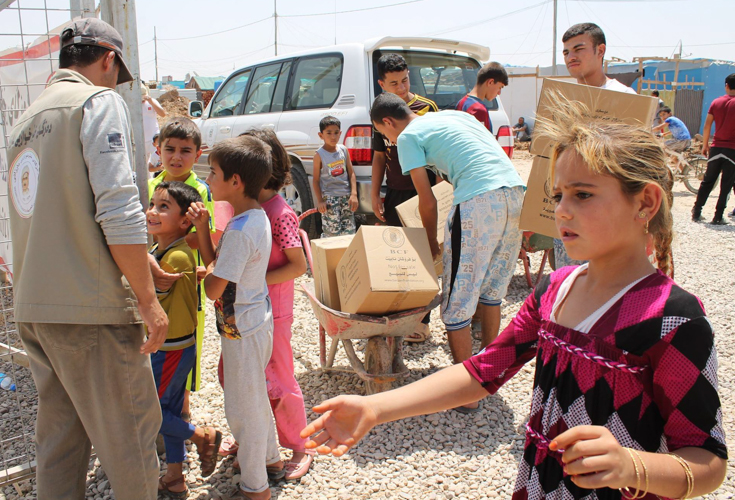 In the spring of 2015, the KRG Representation, together with the Austro-Kurdish Youth Initiative, made a public call for donations in Austria. Overwhelmed by the empathy and social warmness of the Austrian public, including the many participating Austrian companies, the KRG Representation was able to collect over 14 tons of summer and winter clothing, diapers, toys as well as bed sheets for the refugees and IDPS. More than 1300 packages were packed with items and later transported to the Region for distribution.

Together with the Barzani Charity Foundation, the KRG Austrian Representation made the first distribution of items at the Harsham refugee and IDP camp in Erbil province. Further distributions have been made in various other camps throughout the Kurdistan Region of Iraq.

We would once again like to extend our sincere gratitude to all those who generously donated toward this campaign, as well as the HTL 3 Rennweg High School and its administration for their support in providing the premises for the donations. We would also like to thank the Austro-Kurdish Youth Initiative, as well as the Barzani Charity Foundation, in particular Deputy Director Musa Ahmad, for the positive completion of the donation campaign.