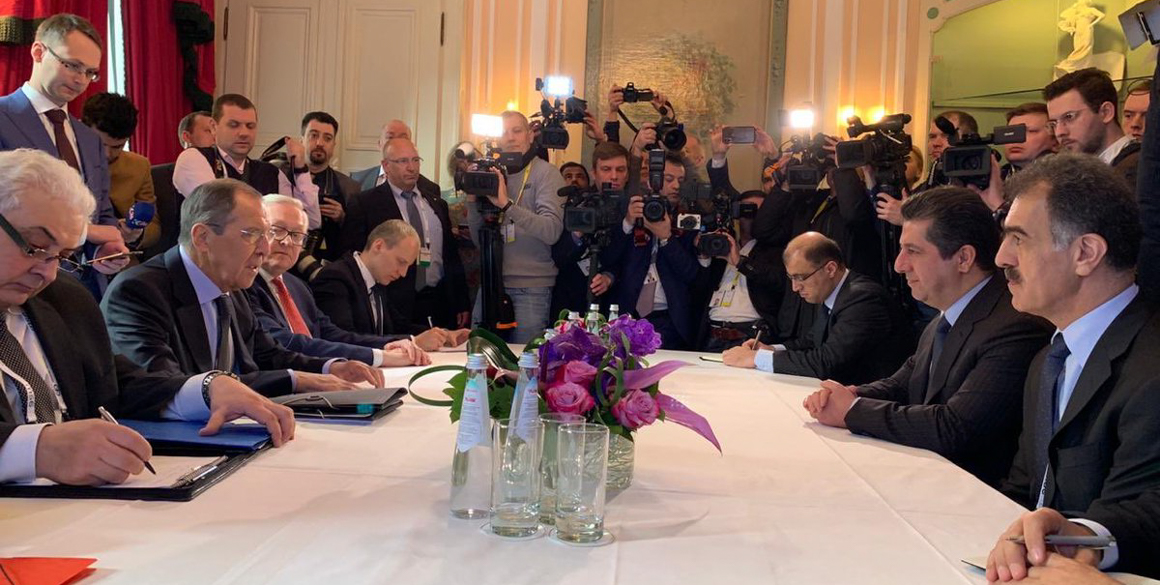 Kurdistan’s Chancellor for Security, Masrour Barzani, attended the 2019 Munich Security Conference last week. He along with his delegation held a series of bilateral meetings. Among them were the Foreign Ministers of Russia, Sergey Lavrov, the IR Iran, Javad Zarif, and the UAE, Anwar Gargash.

He also held meetings with the Defence Ministers of Germany, Ursula von der Leyen, and Turkey, Hulusi Akar, as well as meetings with the Iraq’s National Security Advisor, Falih al-Fayyadh and US Special Envoy, James Jeffrey, amongst others.

Accompanying the Chancellor throughout the conference were Kurdistan Regional Government (KRG) Spokesperson Safeen Dizayee, as well as the KRG Representative to Germany, Dilshad Barzani. Below are a collected list of tweets from the meetings.

Productive meeting today with @mfa_russia FM Sergey Lavrov — Discussed the historic relationship between our peoples; situation in Syria, and ways to increase trade and investment with Kurdistan Region and Iraq as a whole. Readout: https://t.co/hGsL6hYtLk pic.twitter.com/4SpPLdcm6e

Pleased to see @JZarif in @MunSecConf — We discussed recent progress towards a new KRG Cabinet and developments in Iraq and the region, including the situation in Syria. pic.twitter.com/g04xl7Cjye

I was pleased to see UAE Minister of State for Foreign Affairs @AnwarGargash in Munich. We had a wide-ranging exchange on bilateral trade and investment opportunities; increasing business confidence and providing groundwork necessary for partnerships. pic.twitter.com/0slyMfjIV9