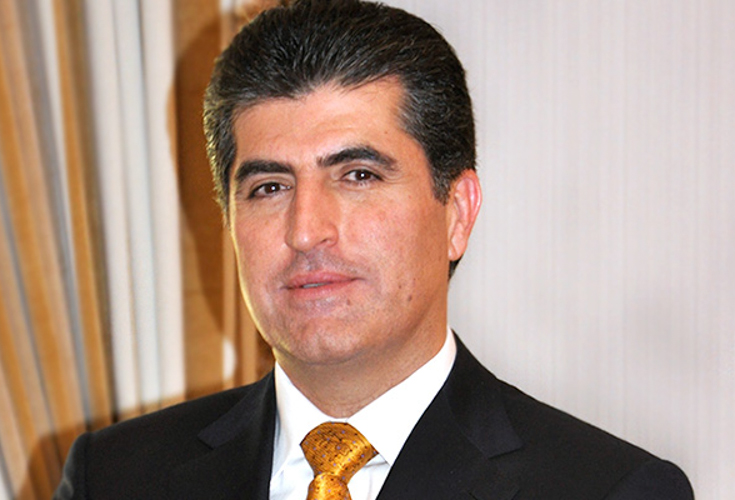 KRG.org: We have noticed you were keen to follow the Scottish independence referendum. Why?

Prime Minister: I found this process both fascinating and full of lessons to learn. Britain is one of the world’s oldest democracies. Their parliamentary tradition goes back several centuries. It is also an old state model – a union of different nations. It was once a great empire, covering several continents. At crucial times in history the United Kingdom helped shape the world in which we live. Many of today’s states around the world were either directly created by the United Kingdom or influenced and inspired by its ideas of economic freedom, sovereignty and the rights of people to determine their own future.

KRG.org: Do you have a specific state-formation model in mind that has been similar to the UK?

Prime Minister: Yes. When Great Britain created today’s Iraq in the 1920s, one idea some British diplomats and officials were working on was a United Kingdom in Iraq. Those people supported Kurdistan to become a Kingdom under Sheikh Mahmoud and to join a Kingdom under the Hashemites to establish a United Kingdom in Iraq. Unfortunately that did not materialise in the end. We ended up with the Hashemite Kingdom.

KRG.org: What are the lessons you think we could learn from the Scottish independence referendum?

Prime Minister: The first lesson that comes to mind is this: the best way for different peoples to live together in any state is through a voluntary union. The current agreement between Scotland and the UK is three hundred years old. Even in old democracies, like the British, people can question the political order. The Scottish Nationalist Party ultimately wanted to test the democratic nature of the British state by asking for a referendum. They were offered the opportunity to hold a referendum where a majority decided to remain within the union. Despite all the strong feelings and emotions expressed in the debate, I believe the process was important. Unlike many countries that struggle to stay together, politicians in the UK took a great risk of dividing the country but ended up strengthening their democratic credentials and future union. The Scottish referendum allowed those who believed in independence to ask the Scottish people about their desire to stay with the union or not. This is an excellent example of a democratic and peaceful process, quite unlike civil wars, violence and occupations that we see in other parts of the world when confronted with nationalist issues.

KRG.org: Can you see any parallel with our situation in Kurdistan and Iraq?

Prime Minister: Yes, of course. We have to examine our situation in Kurdistan thoroughly. We are part of a federal agreement with the rest of Iraq. Four out of five voters throughout Iraq approved our federal constitution in 2005. Since then, several important articles of our constitution are still yet to be implemented.

We have held democratic elections. People expect results: we need to improve the living conditions of our citizens; we need to provide safety and security in Kurdistan; we need a final decision on Article 140; we need to make sure we are not hostage to the whims of individual politicians in Baghdad regarding when or whether we receive our constitutional share of revenue; and we need to feel that we are part of a country in which our needs, concerns and wishes are taken seriously.

Now, when a clear majority of voters in Scotland decided to remain within the union, the government in London also recognised that a substantial part of the population in Scotland is concerned about their future relations with Westminster. I was very pleased to hear Prime Minister David Cameron promising to delegate more power to different parts of the country. I wish I could hear similar messages from Baghdad when the people of Kurdistan express their concerns with Iraq. I would like to hear politicians in Baghdad say, “People of Kurdistan, we hear you and we will address your concerns because we know we cannot keep you as an unhappy partner for ever. The world is changing, and so must we.”