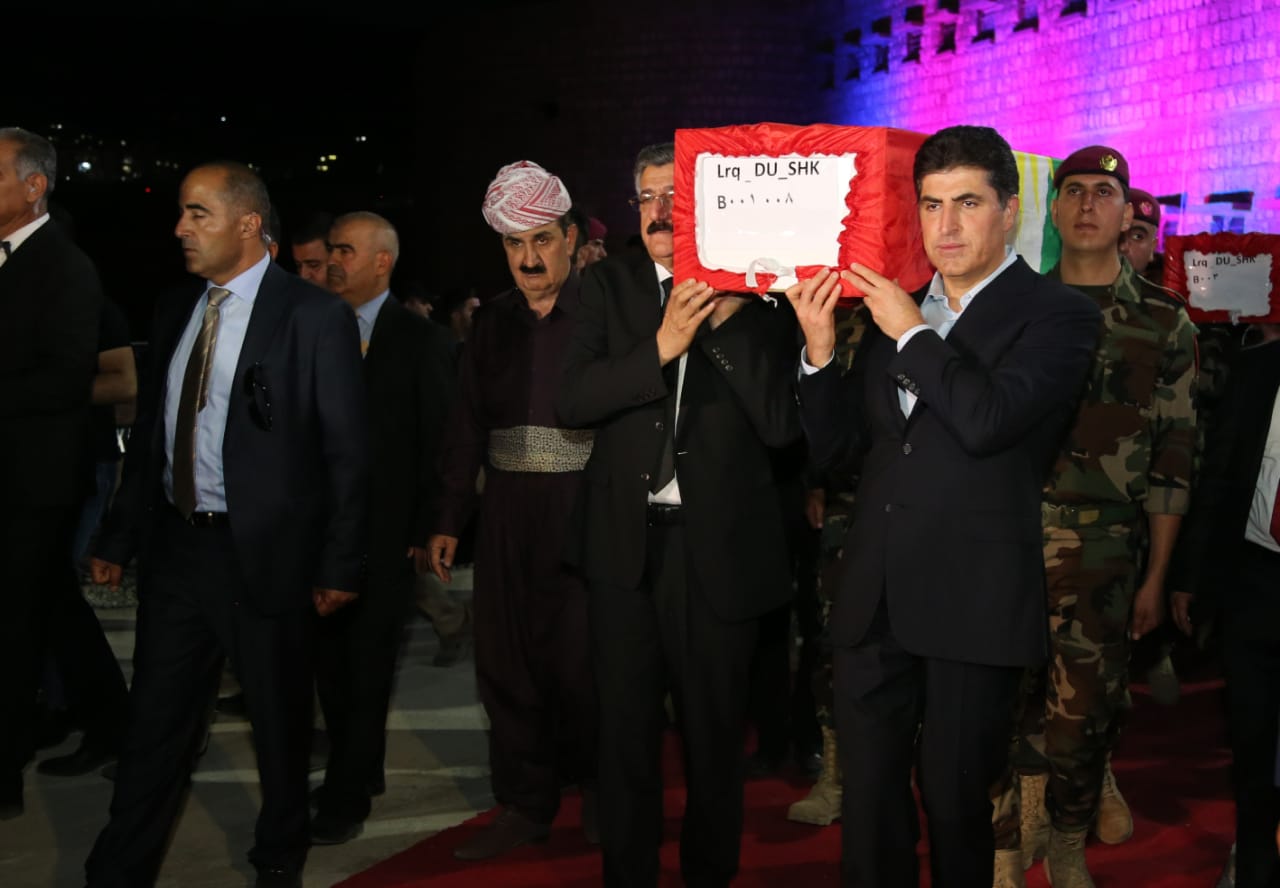 In a speech regarding the 30th anniversary of the Anfal genocidal campaign against the people of Kurdistan Prime Minister Nechirvan Barzani called on the Iraqi government to meet its constitutional obligations towards the families of the Anfal campaign victims.

A decision by the Iraqi Supreme Criminal Court that considered the Anfal campaign as genocide, crime against humanity and war crime. According to Barzani this particular court decision and Article 132 from the Iraqi Constitution obliges the Iraqi government to compensate areas that were targeted in the Anfal campaign.

In 1988, hundreds of thousands of civilians in Iraqi Kurdistan were subject to a brutal campaign of extermination, the use of chemical weapon and forced displacement by the former Iraqi Baath regime.

Furthermore, he mentioned in his speech that we are here to commemorate the loss of thousands of lives. From 25th August to the 6th September five Iraqi military corps implemented the biggest military operation against the people of Behdinan. It covered areas from Duhok to Zakho, Amedi, and Sheikhan. The operation targeted Muslims, Yezidis, and Christians.

PM Barzani pointed out that the Anfal genocide of Behdinan – the last stage of the “Anfal Campaign” – covered a wide area. 620 villages were attacked. Crimes against humanity and war crimes were committed against civilians. Chemical weapons were used in 70 locations. In some areas, people were executed by firing squads. Nearly 25,000 families were forcibly displaced. Some sought refuge in Turkey while others were forcibly relocated to Jezhnikan and Behirka near the city of Erbil.

Furthermore he mentioned that September 1st is world peace day which coincides with commemorating one of the largest atrocities against the people of Kurdistan and humanity in general. On this occasion, he highlighted that Kurdistan will remain a place of coexistence and peace.

In his speech PM Barzani took the opportunity to remind the Iraqi government to commit itself to all constitutional, legal, and moral obligations towards the relatives and victims of the Anfal genocide campaign with moral and financial support. The Iraqi government and the Iraqi parliament should seriously consider this responsibility and compensate the people and victims with financial and emotional support.

At the end of his speech Nechirvan Barzani addressed the relatives and victims of the Anfal campaign and assured them that the KRG is aware of their situation and will continue to support.