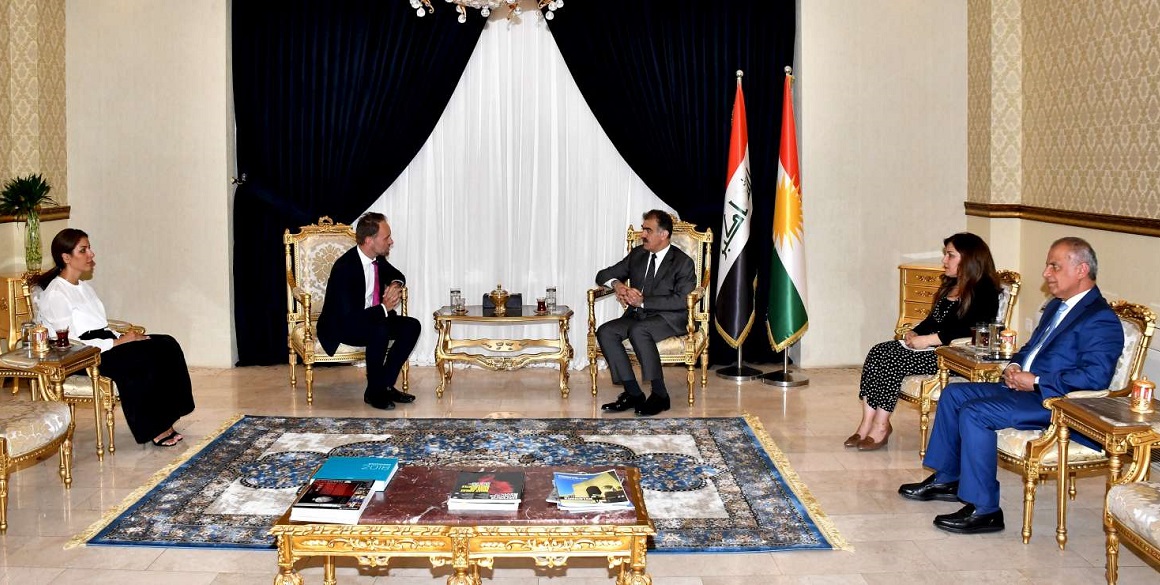 The Austrian Commercial Councellor for Iraq, Mr. Herwig Neuper, and his delegation met the Head of the Department of Foreign Relations (DFR), Safeen Dizayee, in Erbil on 1 October 2019.

During the meeting, in which Dr. Mustafa Ramazan, Representative of the Kurdistan Regional Government in Austria, was also present, Herwig Neuper appreciated the bilateral relations between Austria and the Kurdistan Region and the role of the representative of the KRG in Vienna. He also praised the progress of the security situation and stability in the Region and expressed the hope that both sides will be able to continue working together in different areas. He also reiterated the desire of Austrian companies to participate in investment activities in the Kurdistan Region, especially in the areas of energy, construction and health sector development.

Mr. Neuper was present at the 13th Erbil International Fair, commenting that: “The fair was very well organized and well attended. From the Austrian side we think it is still too early to participate there with a pavilion but the fair improved already compared to the last year’s edition.”

For his part, the head of the DFR welcomed the visiting delegation and congratulated Mr. Herwig Neuper on his new role as Economic Delegate of the Austrian Embassy in Jordan. He appreciated the high level of relations between the KRI and Austria, and wished for the Austrian Government to strengthen its development of the trade sector and tourism in the Kurdistan Region.