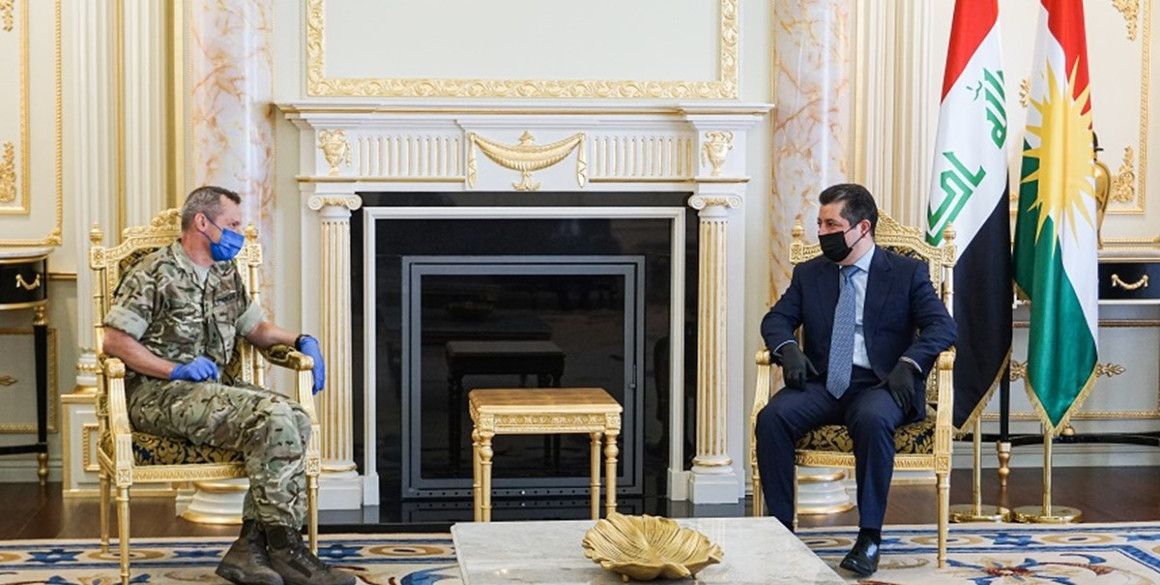 Prime Minister Masrour Barzani met with a delegation from the Global Coalition to discuss the KRG reform process and the continued threat from ISIS.

The delegation was led by Major General Gerald Strickland, Deputy Commander of the Coalition Forces’ Joint Operation for Stability in Iraq and Syria. In the meeting, also attended by US Consul General in Erbil Steven Fagin, both sides highlighted the importance of coordination between Peshmerga forces, Coalition and Iraqi security forces to defeat ISIS.

Prime Minister Barzani briefed Major General Strickland on the KRG’s commitment to the reform process, which includes the Ministry of Peshmerga Affairs.

Regarding the relations with Baghdad, the Prime Minister stressed that the root cause of ongoing disputes with the federal government should be resolved in a way that is fair and within the framework of the Iraqi constitution.