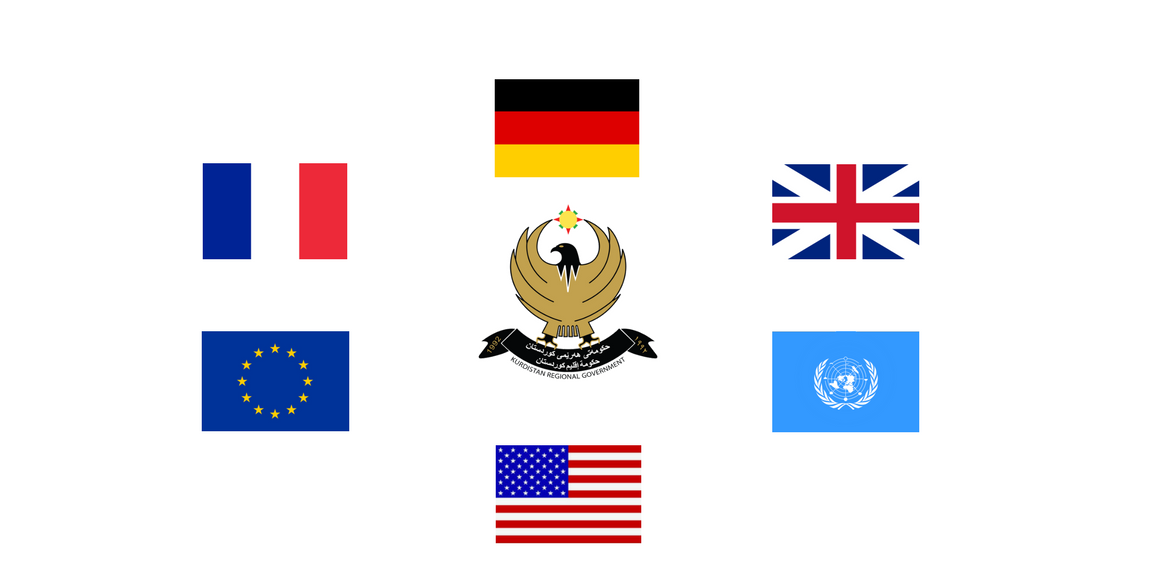 International responses welcomed the latest Kurdistan Regional Government’s statement on the Iraqi Federal Supreme Court’s interpretation of Article 1 of the constitution. In this statement, which was released on November 14 2017, the KRG accepted the unity of a federal Iraqi state on the grounds of a conclusive implementation of the Iraqi constitution, while emphasizing dialogue as a means for constructive dispute settlement.

International allies such as Germany, France, the United Kingdom, the United Nations as well as the European Union all publicly endorsed the latest KRG statement, highlighting themselves the importance of peaceful dialogue as well as of a unified Iraq and stability in times of political and societal turbulences.

In a letter from UN Secretary General António Guterres to KRG Prime Minister Nechirvan Barzani, the Secretary General emphasized that he is “encouraged by the fact that the Government of Iraq and the Kurdistan Regional Government have publicly expressed openness to such negotiations on several occasions. A further destabilization of the current situation must be prevented, in the interests of promoting national reconciliation, fostering greater stability in a volatile region and confronting the threat that the Islamic State of Iraq and the Levant continues to pose”.

Germany particularly urged Baghdad to react to the latest step of the KRG by returning to the table to begin a constructive dialogue and negotiations with the Kurdistan Region in order to achieve political solutions for outstanding issues. While France announced to continue to “support the facilitation efforts of Special Representative of the UN Secretary-General for Iraq Jan Kubis”, the EU furthermore added that it stands ready to offer its support to dialogue” if requested by all parties”.

In a telephone call between US Secretary of State Rex Tillerson and KRG Prime Minister Nechirvan Barzani Tillerson ensured that the US is in constant contact with the Iraqi government in order to prepare the ground for dialogue with the KRG. US Secretary of State Tillerson equally stressed the importance of constructive and peaceful dialogue between the Kurdistan Region and Baghdad on the basis of the Iraqi constitution.