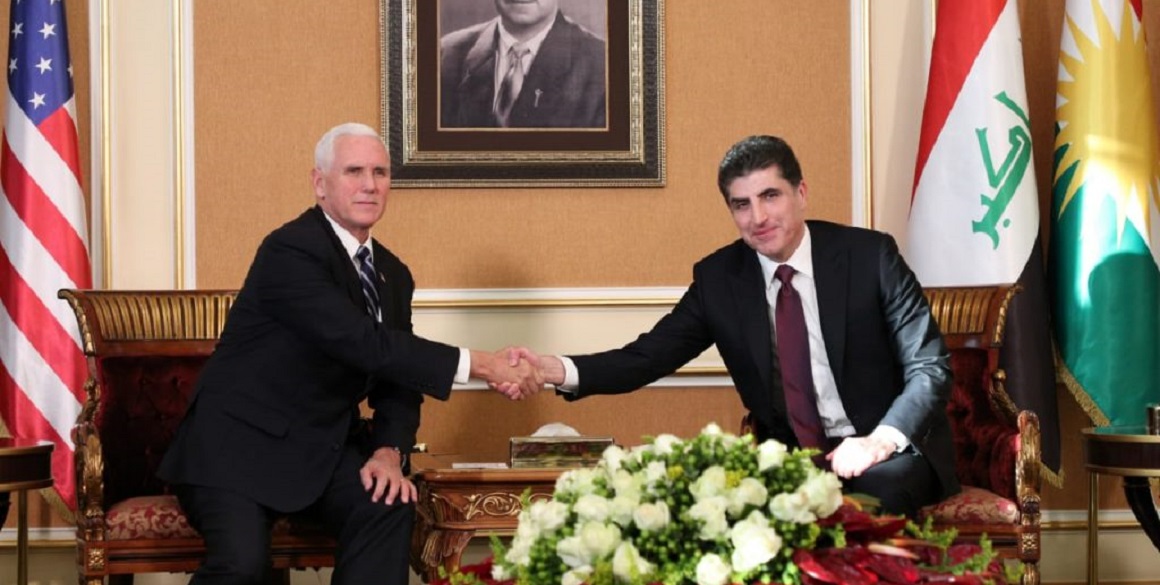 The President of Kurdistan Region, Nechirvan Barzani, along with Prime Minister Masrour Barzani and Deputy Prime Minister Qubad Talabani received U.S. Vice President Pence. He expressed his country’s appreciation for the Kurdistan Region’s significant role in the fight against ISIS, and praised it for being a model for peaceful coexistence, where religious and ethnic minorities are protected. He also commended the KRG on its effort to offer shelter to refugees and IDPs. He conveyed his and the U.S. administration’s gratitude for the Peshmerga and the families of the fallen Peshmargas who lost their lives fighting against terror.

In the meeting, Vice President Pence reassured America’s commitment for the support of the Kurdistan Region as a U.S. ally within Iraq. He also showed his country’s support for negotiations between Erbil and Baghdad to solve outstanding issues.

President Nechirvan Barzani expressed the Kurdistan Region’s willingness to further develop relations with the U.S., and thanked America’s support for Iraq and Kurdistan in the fight against ISIS. He reiterated that without America’s help, defeating ISIS would not have been possible. He also considered Vice President’s visit as a sign of support to Iraq and the Kurdistan Region.

Find here the remarks by President Barzani and Vice-President Pence.