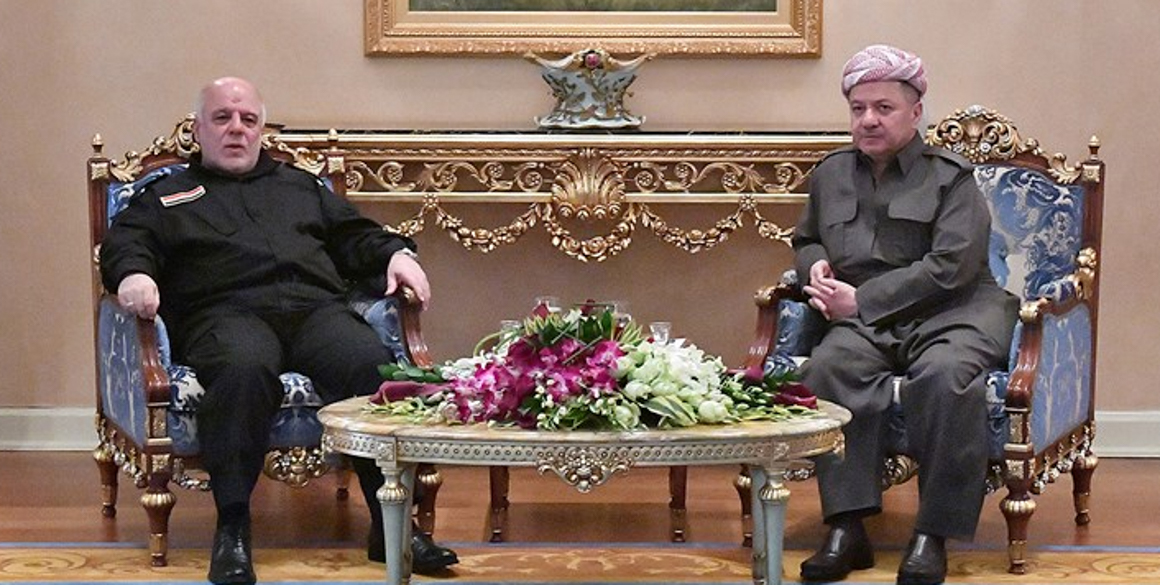 President Masoud Barzani received Iraq’s Prime Minister Hayder al-Abadi in Erbil. During the meeting President Barzani and PM al-Abadi spoke of the latest developments in the ongoing operation to liberate Mosul from the terrorists of the Islamic State who have been brutally occupying the city since June of 2014. Both parties praised the level of coordination and cooperation between the Iraqi and Peshmerga forces who have both been actively engaged in the Mosul operation. They also expressed their condolences to the loved ones and families of those who paid the ultimate price within the Iraqi and Peshmerga forces.

President Barzani reiterated his position of the enormous significance of being ready for post-liberation Mosul and that a plan of reconciliation and rebuilding is of equal importance to the military operation which is currently advancing towards the complete liberation of the city.

The President and the Prime Minister hoped for further enhancement of the relations between Baghdad and Erbil and that the Mosul military operation on which both the Peshmerga and the Iraqi forces shed blood should certainly bring Baghdad and Erbil closer to one another.