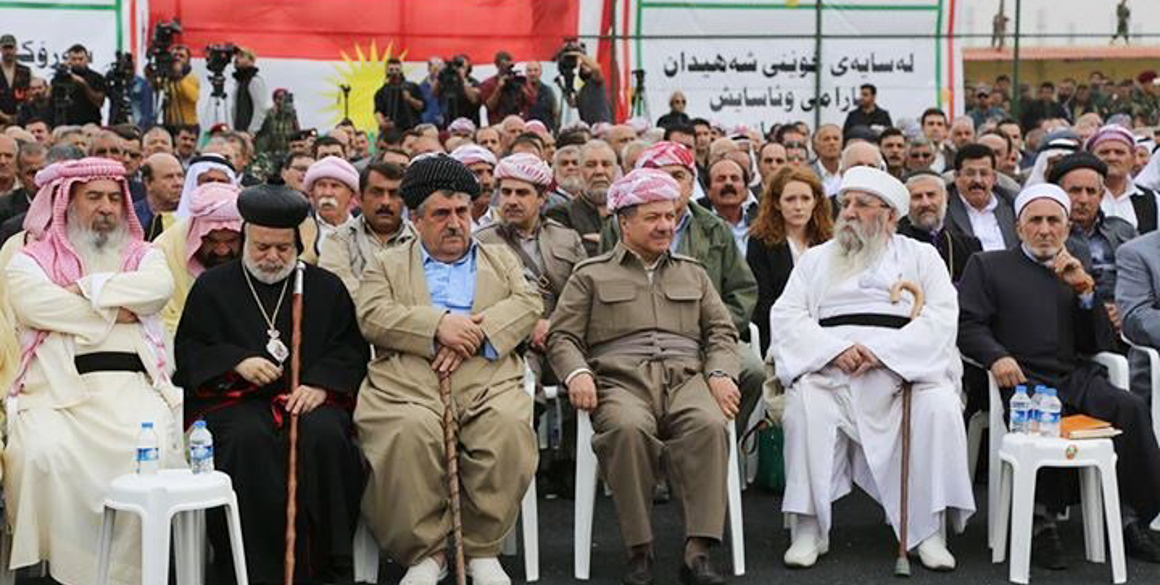 President Masoud Barzani visited the town of Bashike which was recently liberated by the Peshmerga forces from the control of the terrorists of the Islamic State. The ceremony was attended by a number of Yezidi, Christian, Arab and other ethnic and religious community leaders.

President Barzani began his remarks by warmly congratulating the Peshmerga forces for their hard work which recently led to the liberation of the town of Bashike. The President also noted the importance of a place like Bashike and how the town is a mosaic of ethnic and religiius communities, stating that it is here where church bells ring simultaneously with the Muslim adhan to prayer and where Yezidis attend their houses of worship.

The terrorists of the Islamic State attempted to cease that co-existence from continuing, but miserably failed, the President said.

He also spoke of the importance of Mosul and how its liberation is of enormous importance to the security of the Kurdistan Region as a whole.