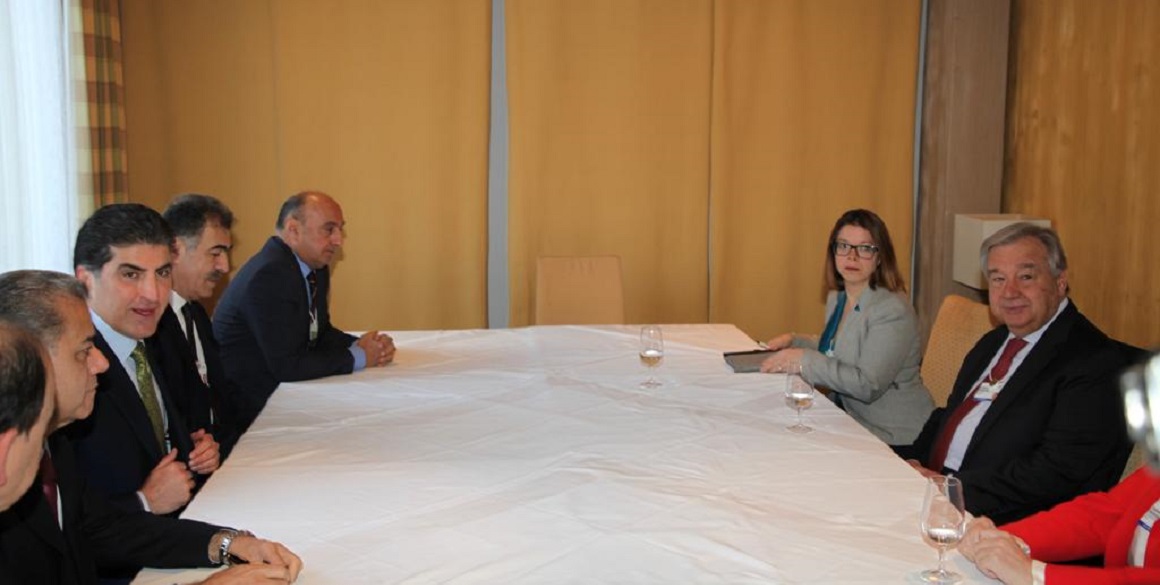 President Nechirvan Barzani meets the Secretary-General of the United Nations

The President of the Kurdistan Region Nechirvan Barzani met with the Secretary-General of the United Nations, António Guterres, at the World Economic Forum in Davos.

President Barzani commended the role of the United Nations and its agencies in Iraq and the Kurdistan Region, and stressed the need for anti-ISIS international coalition’s continued engagement in order to prevent the resurgence of terrorism.

The President also expressed support for the legitimate demands of the Iraqi demonstrators, as they call for basic services and a better future.

Both leaders discussed the formation of a new cabinet in Iraq, the plight of Syrian refugees and internally displaced persons and latest developments in the wider region.