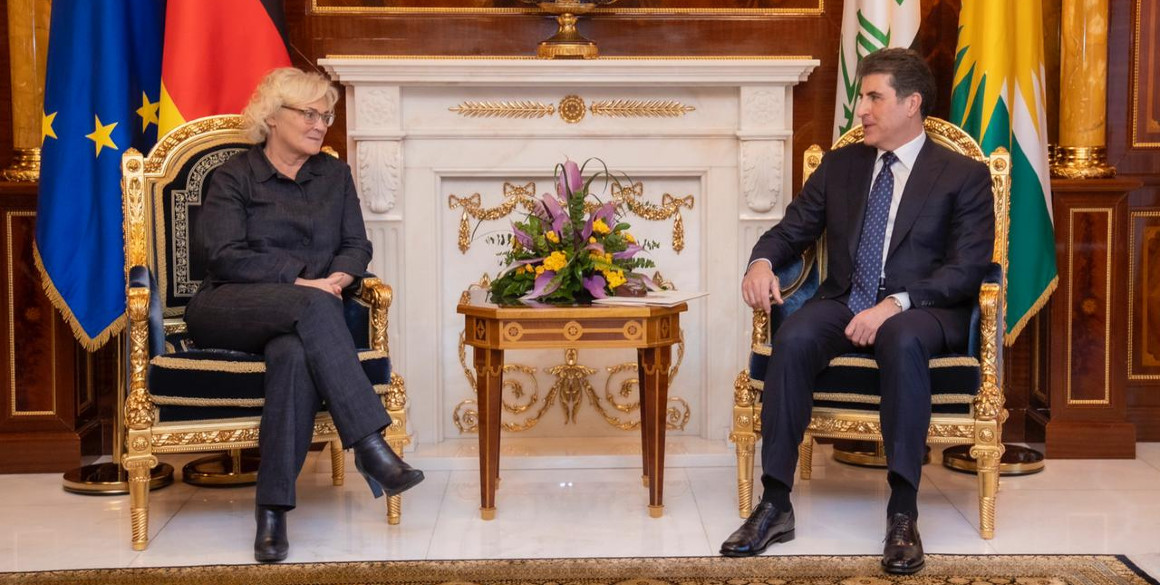 Kurdistan Region President Nechirvan Barzani received Ms. Christine Lambrecht, the Defense Minister of Germany, who was accompanied by the Head of the Defense Committee of the German Parliament and a diplomatic-military delegation.

Discussions covered a wide range of pressing issues including the bilateral relations of Germany with Iraq and the Kurdistan Region, areas of mutual partnership and cooperation, regional affairs, the latest developments in the fight against terrorism and the threats posed by ISIS.

President Nechirvan Barzani congratulated Minister Lambrecht  on assuming the office and wished her and the German forces a Happy New Year. The President referred to the significance of the timing of Ms. Lambrecht visit to Iraq at the current critical stage and thanked Germany for supporting Iraq and the Kurdistan Region in the war against terrorism. The President reiterated that ISIS continues to pose threats and clarified that eliminating terrorism is not achieved only through military means, as extremism must be confronted also on a political level.

Minister Lambrecht reaffirmed her country’s continued support to Iraq and the Kurdistan Region and expressed optimism about joint work with Iraq and the Kurdistan Region. The Minister offered Germany’s gratitude and appreciation for the contributions and sacrifices of the Peshmarga forces in the fight against terrorism and the elimination of ISIS.