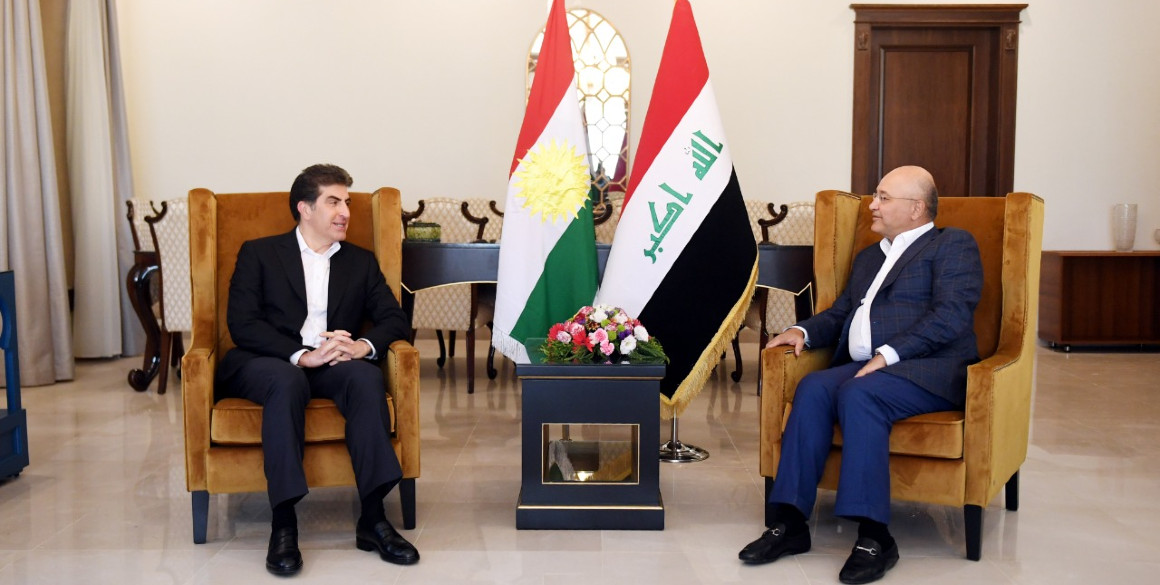 The latest political developments in the country were discussed in the meeting as both presidents reiterated the need to resolve the current disputes, in particular the issue of budget distribution and salaries of Kurdistan Region employees. Both presidents appreciated the formation of the new Iraqi cabinet led by Prime Minister Mustafa Al-Kadhimi and expressed support for Iraq’s new federal government, stressing the importance of unity of all political factions: internal disputes should be sidelined in favor of serving the public and supporting their demands. Restoring peace and stability in Iraq and efforts to ease the economic hardships of households across the country, not least because of the public health measures due to the coronavirus, were also highlighted.

The two presidents also said that support and cooperation were needed to end the remnants of terrorist groups and to ensure security in all of Iraq.