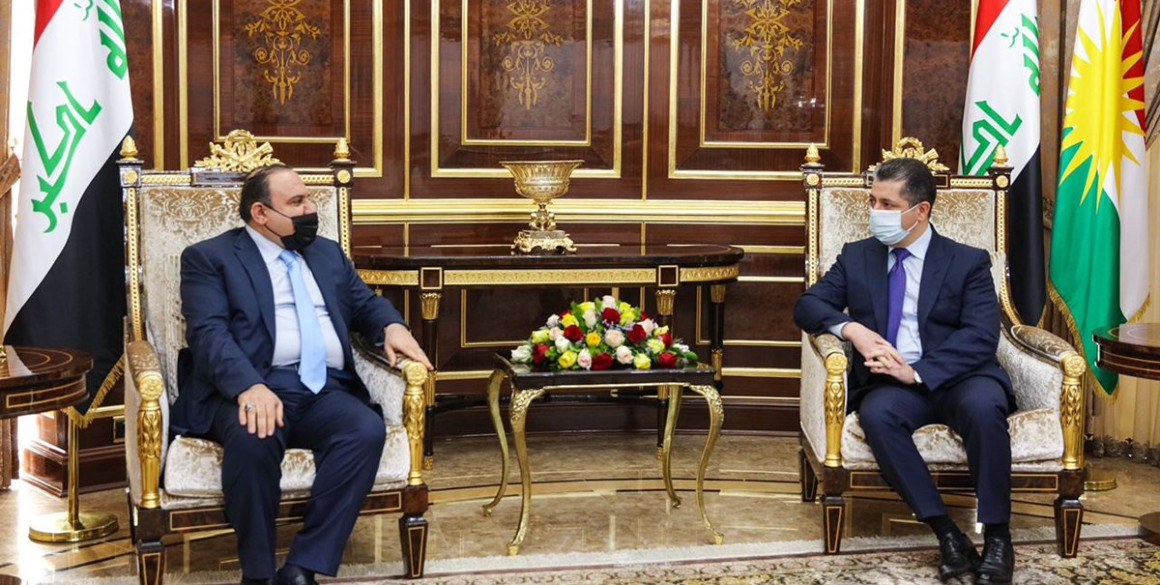 Prime Minister Masrour Barzani welcomed the Justice Minister of Iraq, Salar Abdul-Sattar, to discuss strengthening collaboration between the judicial systems of the Kurdistan Regional Government and the Federal Government of Iraq.

The Prime Minister called on the Federal Justice Ministry and Iraqi judicial institutions to play an important and constructive role in preventing and deterring illegal acts, abuses, and violations against Kurdish citizens and their properties in disputed areas. He also stressed the need to prohibit policies that support or allow forced demographic changes in those areas.

During the meeting, the Prime Minister emphasised the importance of respecting human rights, compensating the victims and families of the Anfal campaign, as well as recognising the destruction of thousands of villages in Kurdistan by the former Iraqi regime.

The two officials also agreed on the importance of cooperating when participating in international conferences and interacting with foreign institutions.