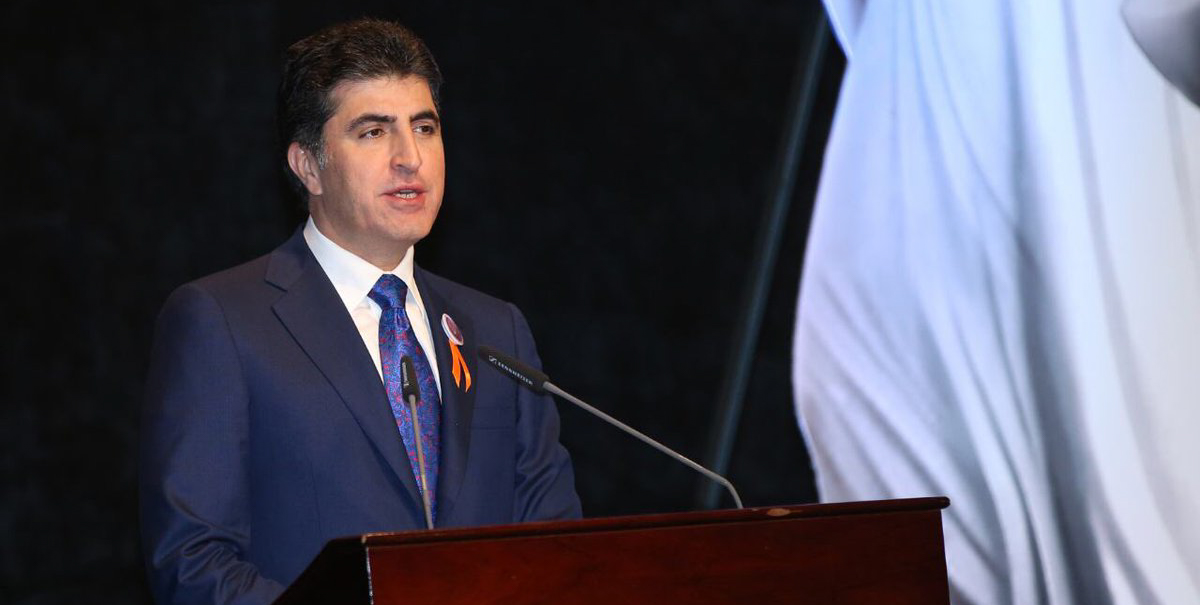 Here is a short summary of Prime Minister Barzani’s speech at the beginning of the 10-day long conference to combat violence against women.

In his speech at the beginning of the conference on the “National Campaign to Combat Violence Against Women” Prime Minister Barzani pointed out that the KRG will continue to strengthen equality and social justice. He also mentioned that the Kurdistan Region will continue to preserve peace and stability within the region to eliminate violence against women in families and the society. Furthermore, the Prime Minister emphasizd that women always pay a huge tax in a political and economic crisis. Women not only become victims of violence but also their fundamental rights are being violated. Barzani reassured the women of the Kurdistan Region further support and that the KRG will help them not to become victims of war and conflicts.

Additionally, the Prime Minister highlighted that the KRG has worked constantly for the past 25 years not only on societal but also on legal levels to work for equality between the genders. Furthermore, the KRG helped to build women shelters and organizations for women in need.

At the end of his speech, Barzani reaffirmed that the KRG will continously work to liberate the Ezidi girls and women who are still captured. He mentioned that this tragedy is a vivid example of violence against women.