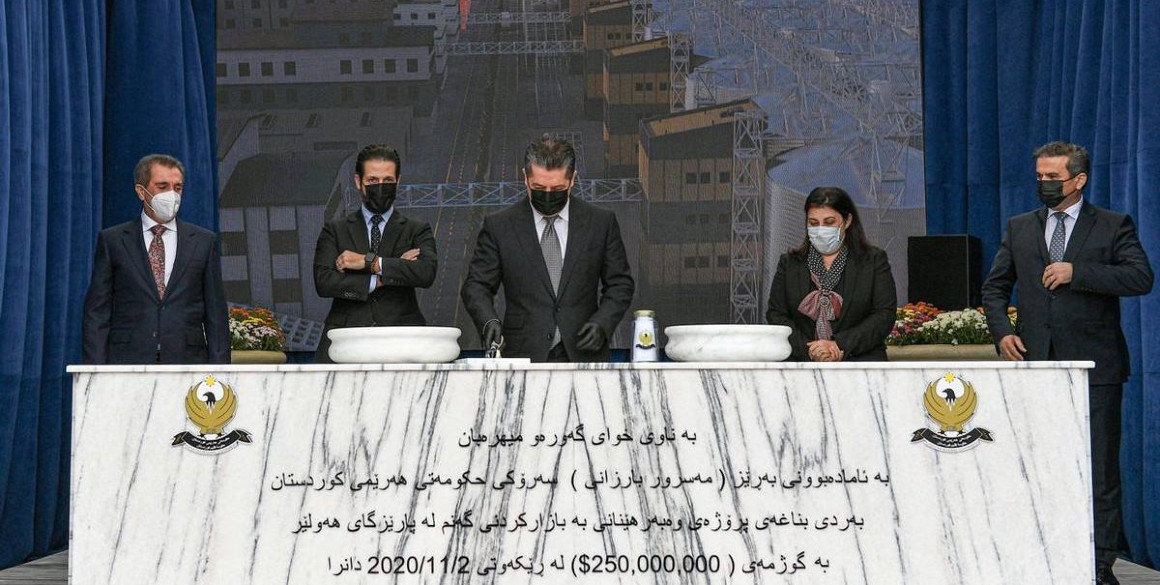 Prime Minister Masrour Barzani laid the foundation stone for a strategic project in Erbil as part of the government’s support to farmers and wheat producers.

He reaffirmed the government’s commitment to strengthening the Kurdistan Region’s economic infrastructure and increasing the local capacity of its food industry,  in an effort to diversify the economy across all sectors, notably the agricultural sector.

The Prime Minister noted how Kurdistan has a wealth of experience in farming, dating back thousands of years as evidenced by remains of Neanderthals found with wheat plants discovered in the Barzan area Shanidar Cave in the mid twentieth century. He also pointed to Charmo, one of the oldest villages in the world located in Kurdistan, where locals worked and lived off the land.

Prime Minister Barzani acknowledged the damage the former Iraqi regime’s chemical attack and Anfal campaign inflicted on arable lands in the Kurdistan Region, targeting its ability to be agriculturally self-sufficient. He stressed that the Kurdistan Region is prioritizing its food security, and has the potential to become a production hub for Iraq and the broader region.

Recognising the crucial role farmers and producers play in strengthening and diversifying the Kurdistan Region’s economy, the Kurdistan Regional Government recently allocated an additional $250 million to the construction of new factories and silos in support of the local food industry.