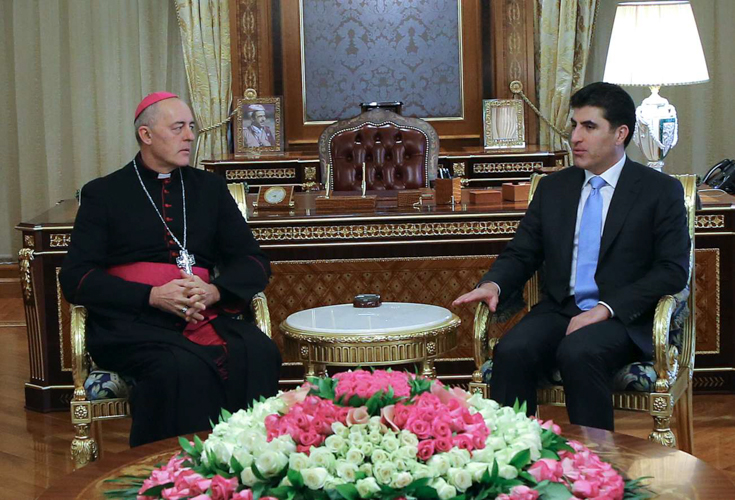 Archbishop Giorgio Lingua said that the Vatican follows the situation in the Kurdistan Region very closely. He conveyed Vatican’s gratitude to the Kurdistan Region for sheltering and assisting the internally displaced persons and refugees, particularly the Christians, who fled the violent repression of the Islamic State terrorist organization, known as IS.

Prime Minister Barzani stressed the commitment of the people and government of Kurdistan to peaceful coexistence and their culture of tolerance. He pointed out that all the displaced people and refugees receive equal assistance, without any distinction. He said, “We hope that the displaced people and refugees would be able to return to their homes soon. We asked them to be patient until the end of this temporary difficult phase.”

The envoy of His Holiness, Pope Francis, expressed the Vatican’s gratitude and appreciation to the KRG Prime Minister for the speech he delivered on the Christmas Eve, which helped strengthening the spirit of peaceful coexistence.