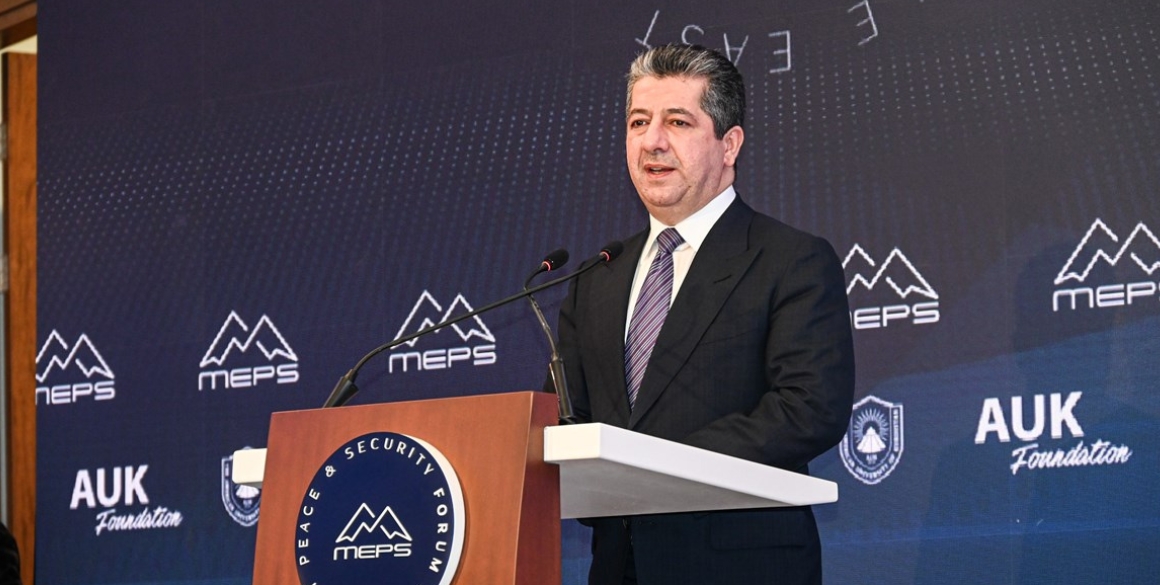 Prime Minister Barzani spoke at length about the reform agenda, including digitalisation, agriculture and Erbil-Baghdad relations, with special emphasis on the real dangers of climate change.

“This is a very important challenge, maybe not talked about enough. Before, we spoke about these challenges in the future tense, but now we are living them. It is here”. Prime Minister Barzani warned that the existential threat has already led to the migration of people in Iraq, creating security, cultural and political challenges.

Turning to agriculture, and as part of the KRG agenda to diversify the economy, the Prime Minister announced that the first export to new markets has started.

The Prime Minister spoke at length about disagreements between Erbil and Baghdad. He said, “We need to increase our cooperation. We are assembling a team to visit Baghdad to negotiate all the outstanding problems”. He also stressed the need to pass a federal hydrocarbons law in line with the principles outlined in the Constitution, calling the step as “the basis” of further cooperation with the Iraqi federal government.