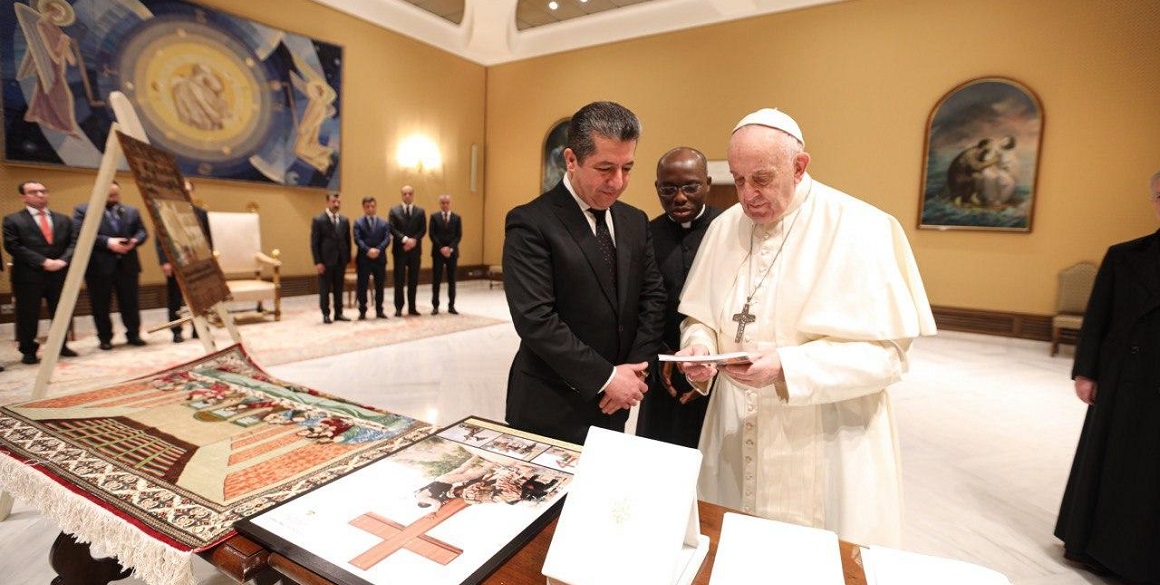 Today I presented His Holiness Pope Francis @Pontifex with fragments salvaged from an ancient bible which had been burned by ISIS. This is what #Kurdistan stands for: united in protecting our tradition of tolerance between different faiths from those who try to drive us apart. pic.twitter.com/HU96ffXwmN

Following his meeting with the Pope, the Prime Minister Barzan:

“It was a pleasure to meet His Holiness Pope Francis today. We discussed the challenges faced by Christians across the Middle East in the face of the evils of ISIS, and agreed that the Kurdistan Region is a beacon of tolerance – a land of co-existence – in a turbulent region. Every one of our citizens is entitled to freedom of worship and that will remain central to my government’s plans for our region’s development in the years to come.”

It was a great pleasure to meet His Holiness Pope Francis @Pontifex today at the #Vatican. We discussed many regional and global concerns, including our shared belief in dialogue between different faiths as the way to promote tolerance and reduce the threat of extremism. pic.twitter.com/XAn5qGjW9S