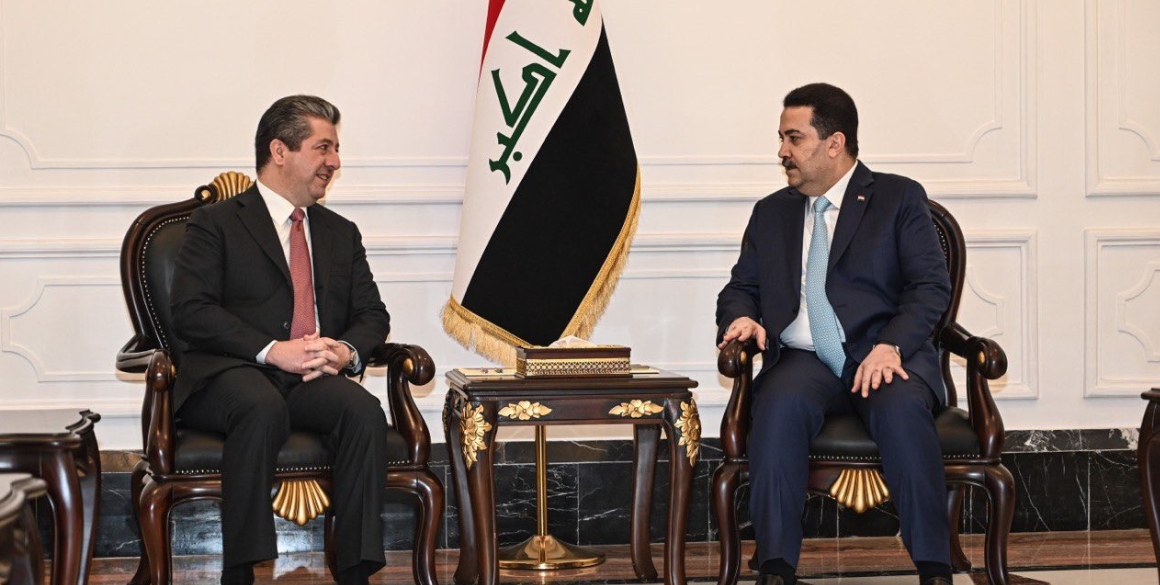 Prime Minister Masrour Barzani, met with Iraqi Prime Minister Mohammed Shia Sudani and they stressed the importance of resolving the issues between the Kurdistan Region and the federal government on the basis of the constitution and Iraqi government formation agenda in the meeting.

The main topic of the meeting was to discuss the preparations for the federal budget bill for 2023 and the details of the financial entitlements of the Kurdistan Region in the federal budget, the steps of preparation the federal oil and gas bill as stated in the agreement between the parties the government’s ministerial agenda was discussed and both sides agreed on the need to resolve the issues and reach an agreement on the budget, oil and gas basis of the constitution.

Other topics of discussion included the importance of implementing Article 140 of the constitution, ensuring the constitutional rights of the Kurdistan Peshmerga forces as part of the defense system of the federal Iraq and the implementation of the Sinjar agreement.

We’re aligned in our efforts to address Erbil-Baghdad differences and safeguard our constitutional rights. pic.twitter.com/hgtI46Zhyq