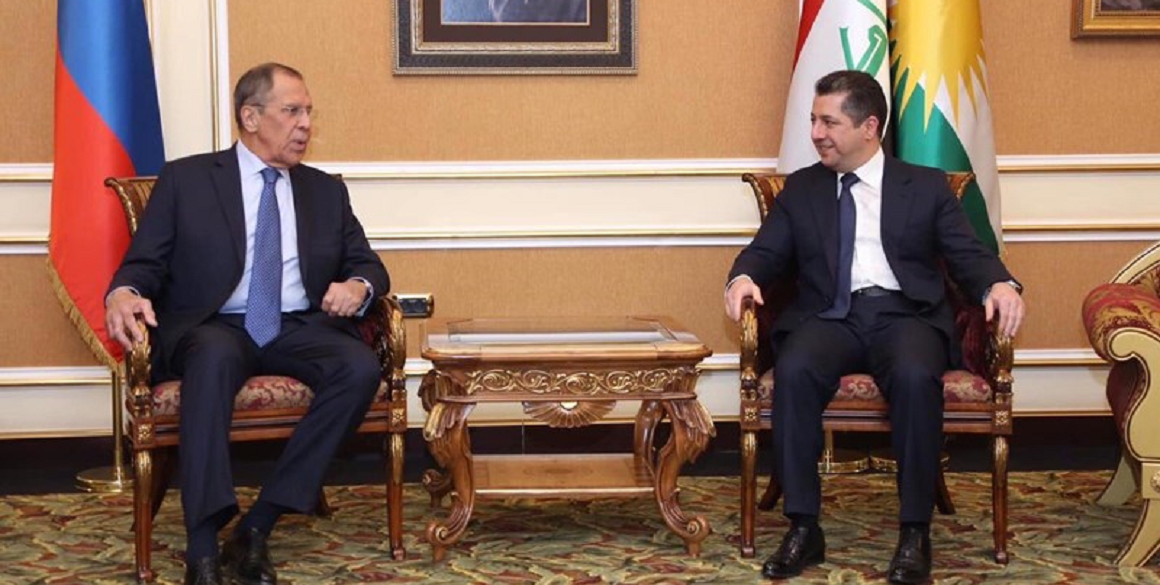 The discussions centred on two topics of great relevance for both parties: the current situation in Syria and furthering economic ties. Both the President and the Prime Minister focussed on the current developments in Syria. Prime Minister Barzani expressed his concerns with the situation of Kurds in north-eastern Syria and requested Minister Lavrov’s cooperation to work toward a lasting political solution, which ensures the protection of the rights of all the peoples of Syria.

Recognising the importance of protecting the security and stability of the Kurdistan Region, Minister Lavrov expressed his country’s readiness to further invest in the Region. Prime Minister Barzani consulted with Minister Lavrov on further opportunities for Russian investment in oil and gas, as well as incentives for foreign investors in the mining, agricultural, and industrial sectors. Minister Lavrov also discussed launching direct flights between Erbil and Moscow.