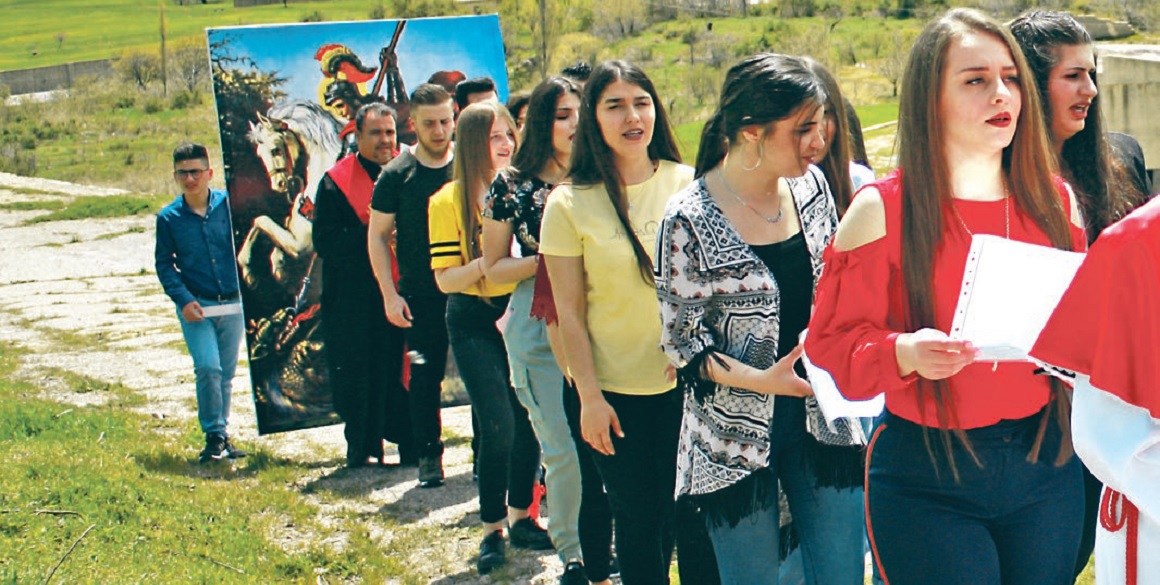 A solidarity journey to the Kurdistan Region

The Christian Orient Initiative (ICO) organized a delegation visit to the Kurdistan Region of Iraq. The travelling group consisted of participants from Austria, Germany, Belgium and Switzerland. The charity’s goal is to help rebuild and create perspectives for Christian families in the Middle East. Currently only 0.8 percent of the 39 million inhabitants of Iraq belong to Christianity. In 2003 the percentage was still between three and four percent. Most Iraqi Christians live in the Kurdistan Region. After the destruction caused by IS there is however some light and hope: some Christian families came back to the villages of Qarakosh or Telskof, after being forced to leave because of IS terrorist militia.

The program included a procession for the celebration of St. George, a first communion celebration in the Cathedral of Dohuk, personal meetings with Christians of various denominations and church representatives, as well as cultural visits to the Chaldean monastery Rabban Hormiszd or the Syrian Orthodox monastery Mar-Mattai.

“The participants should receive first-hand information about the situation of the beleagured Christians and other minorities such as the Yazidis,” says ICO-speaker Stefan Maier.