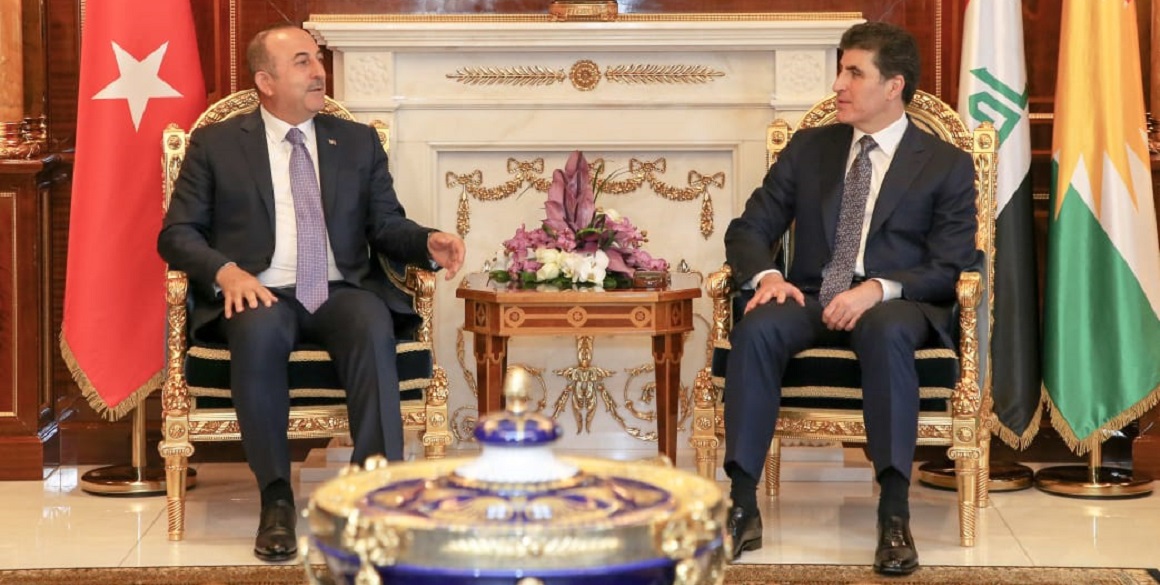 On the 28th of April Prime Minister Nechirvan Barzani received Turkey’s Minister of Foreign Affairs Mevlüt Çavuşoğlu and his accompanying delegation in Erbil. Topics of discussion included the increasing trade and border crossings, the continuing coordination and cooperation against terrorism, the situation in Kirkuk and other disputed areas.

Both sides emphasized the strategic importance of good bilateral relations between Turkey and the Kurdistan Region. The Prime Minister, as well as Minister Çavuşoğlu, expressed their intention to facilitate Turkish investment in the Region.

Additionally, the meeting was attended by the Turkish Ambassador to Iraq Fatih Yildiz, and Turkish Consul General to the Kurdistan Region Hakan Karacay, as well as several KRG officials.