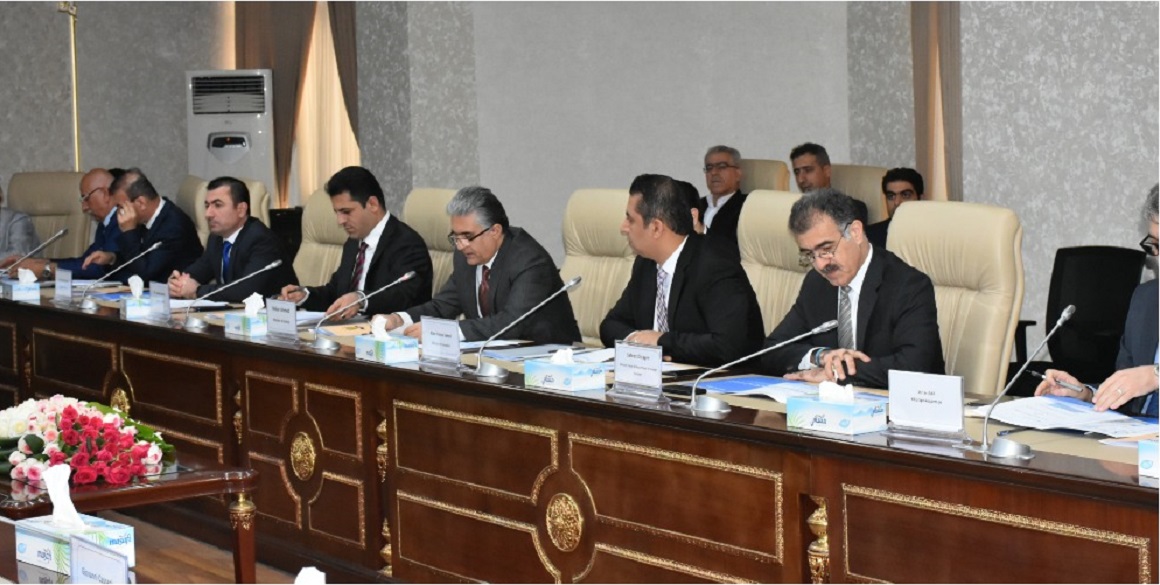 The Kurdistan Regional Government (KRG) together with the United Nations held a high-level coordination meeting to discuss the humanitarian situation in relation to the Kurdistan Region receiving new influx of refugees due to the military operations in northern Syria. The meeting was chaired by Mr. Reber Ahmed, Minister of Interior, and Ms. Marta Ruedas, Humanitarian Coordinator in Iraq.

Mr. Reber Ahmed highlighted the KRG’s role in welcoming IDPs and refugees in the past years. He thanked the representatives of the diplomatic missions and the donor countries who have been providing humanitarian assistance, reiterating that without this help the KRG would not have been able to host such a large number of IDPs and refugees: the Kurdistan Region still hosts 1.1 million IDPs and refugees, with 20% of them residing in 38 camps. With respect to the situation in Syria, Minister Reber Ahmed stated that the ongoing military operations will cause suffering for civilians and will eventually lead to the displacement of a large number of people to the neighboring countries, including to the Kurdistan Region. Another aspect underlined by the KRG Interior Minister is the threat of senior ISIS members who could potentially infiltrate the Kurdistan Region of Iraq following the influx of refugees.

Mr. Hoshang Mohamed, Director General of the Joint Crisis Coordination Centre, gave a presentation on a humanitarian contingency plan to respond and manage the new influx of refugees coming from Syria. He highlighted the impact of decreased international funding on humanitarian projects in the sectors of health, education, water and sanitation, waste management and food. In this respect, KRG Minister of Health, Saman Barznji, highlighted the gaps and needs in the health sector for IDPs and refugees. He encouraged the relevant UN agencies to provide support not only for the IDPs and refugees inside camps, as a large number of them live among host communities across the Kurdistan Region. Finally, KRG Minister of Education, Alan Hama Saeed, briefed the meeting about the challenges of education for refugee and IDP students. He added that despite the challenges and the financial crisis, the KRG has been providing the required support for schools hosting IDP students.

Head of Department of Foreign Relations, Minister Safeen Dizayee, expressed the KRG’s concern over the situation in northern Syria as it has already impacted the Kurdistan Region, adding the military offensive in Syria is an indication that more refugees aren to be expected. Minister Dizayee urged the UN agencies to be more involved to meet the needs of the IDPs and refugees inside and outside of the camps.