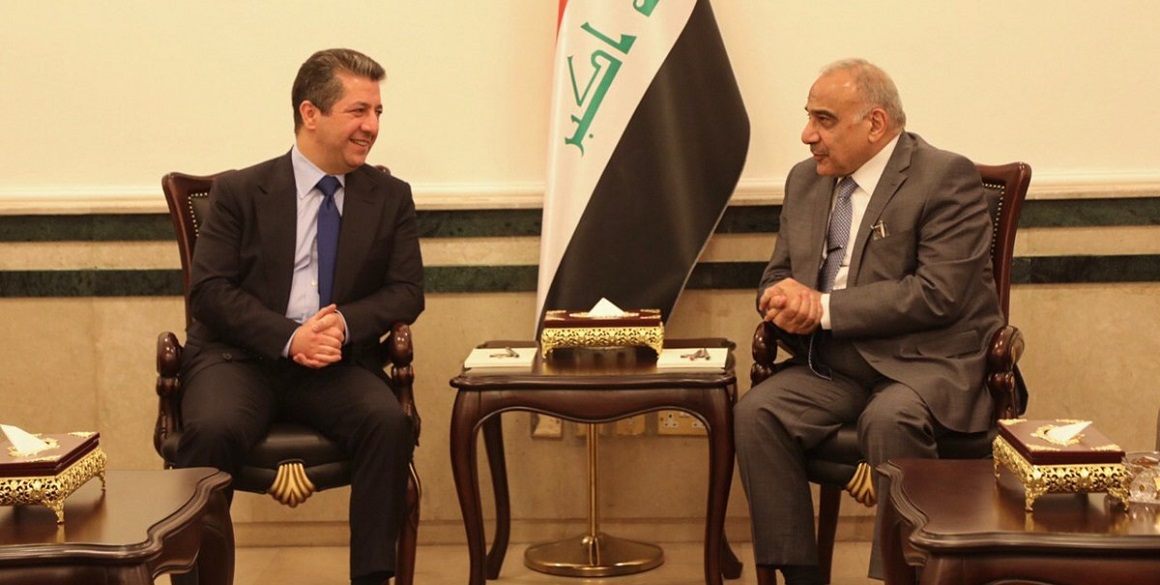 On the 16 July a high-level delegation from the Kurdistan Regional Government, headed by Prime Minister Masrour Barzani, visited Baghdad, where they held meetings with Iraqi President Barham Salih, Prime Minister Adil Abdul-Mahdi, and the Speaker of Parliament Mohammed al-Halbousi.

Prime Minister Barzani and the delegation were first received at the presidential palace by Iraqi President Barham Salih, who welcomed the visit as a gesture of goodwill by the KRG to resolve the prolonged disputes between Erbil and Baghdad. President Salih stated during the meeting that he was “optimistic about the new [KRG] cabinet’s capacity to bring about reforms and a new era in the Kurdistan Region”, noting that he hoped the outstanding disagreements would be addressed within the framework of the constitution.

The KRG delegation was later received by Prime Minister Adil Abdul-Mahdi, who congratulated Prime Minister Barzani on the formation of the new KRG government. The Iraqi Prime Minister said he welcomed the initiative as an indication of the KRG’s commitment to resolving issues that can only be addressed through joint efforts.

The two Prime Ministers agreed to draw up a roadmap for defining the areas of disagreement and proposing solutions. The roadmap will be followed by the formation of a technical committee which will have responsibility to establish the framework for any solutions in accordance with the constitution.

Later that day, the KRG delegation met with Iraqi Speaker of Parliament Mohammed al-Halbousi. The Speaker stated during the meeting that, in the interests of the Iraqi people, Iraq’s legislature is committed to resolving the disputes between Erbil and Baghdad within the framework of the law and constitution.