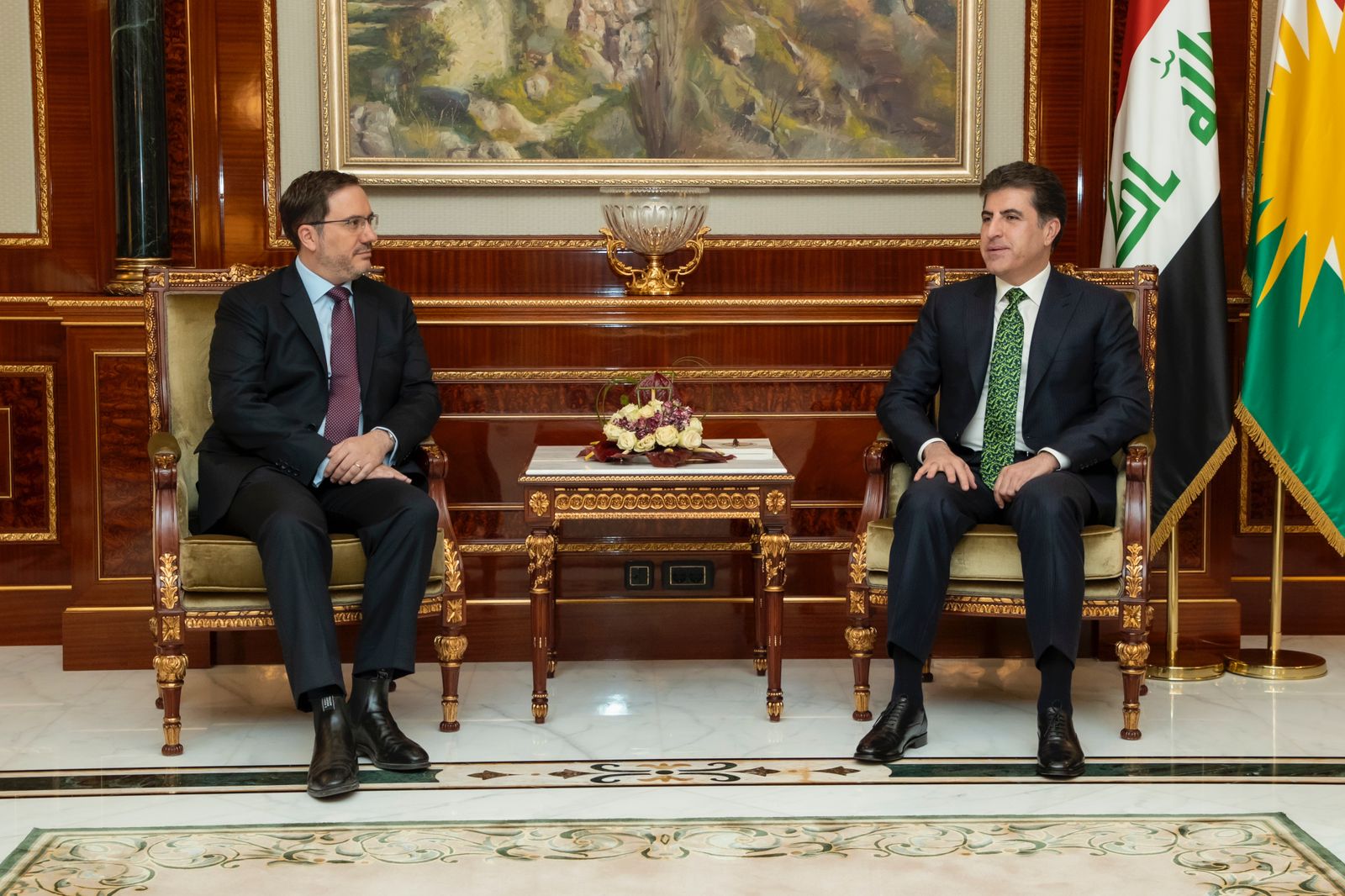 President Nechirvan Barzani received the Ambassador of the United Kingdom to Iraq Mr. Mark Bryson Richardson and his accompanying delegation on June 30 in Erbil.

The meeting focused on the latest developments in Iraq and the current challenges facing the political process in the country. Discussions also covered Erbil-Baghdad disagreements, the upcoming elections in the Kurdistan Region, the reform process in the Ministry of Peshmerga and the reunification of the Peshmerga forces.

Both sides agreed on the significance of a shared understanding among Iraqi parties to overcome the obstacles to the political process. They reaffirmed the importance of maintaining security and political stability in Iraq, and underlined the need to improve public services in the country. Regarding the lingering Erbil-Baghdad issues, the President emphasized that the resolution of the problems between the Kurdistan Regional Government and the Iraqi Federal Government is the key to lasting peace which will help resolve Iraq’s problems.

The President reiterated that exacerbating the tensions in Iraq is in the interest of no party. The meeting also discussed the importance of unity among Kurdish factions in Baghdad, cooperation and coordination in the fight against crimes and drugs, the issues of migration and migrants, and the developments in the wider region.