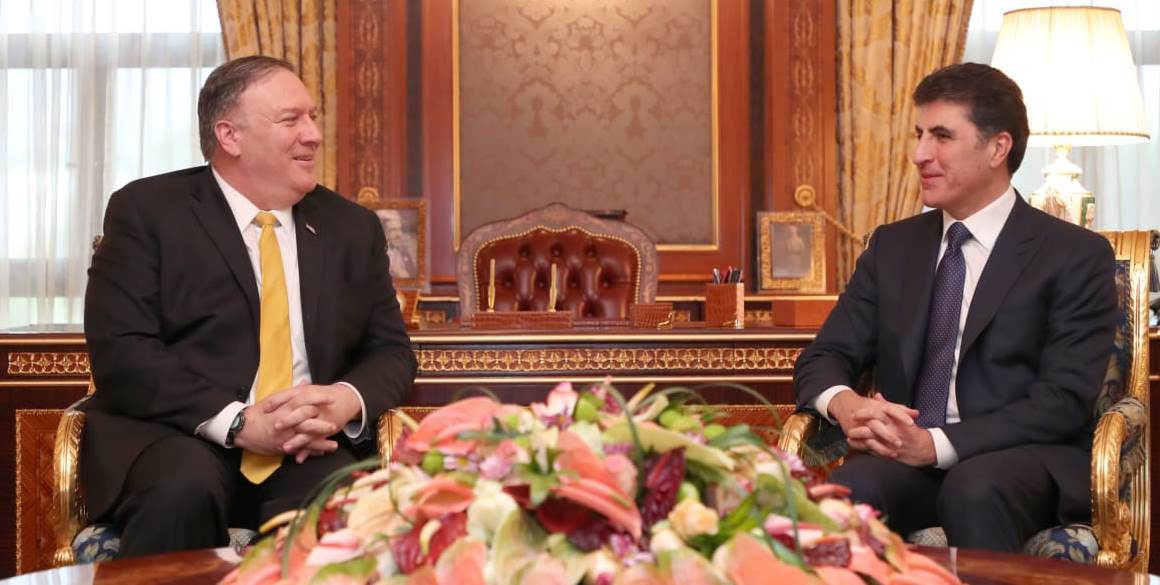 US Secretary of State visits the Kurdistan Region of Iraq

US Secretary of State Michael Pompeo has visited the Kurdistan Region of Iraq (KRI). In a meeting with Prime Minister Nechirvan Barzani, which was also attended by Deputy Prime Minister Qubad Talabani, Secretary Pompeo highlighted the significance of the recent improvement of the relations between Erbil and Baghdad. PM Barzani reaffirmed the Kurdistan Regional Government’s support to the new Iraqi Prime Minister and his cabinet: he noted how the political environment has improved, especially in the face of a need for stronger cooperation to eliminate the threat of re-emergence of terrorism.

Furthermore, the Prime Minister thanked the United States for their assistance during difficult times and their leadership in the fight against the Islamic State, stressing the friendship that unites the two partners and the positive role of the American government in the negotiations with the Iraqi federal government.

Prime Minister also briefed the Secretary of State and his accompanying delegation on the ongoing reforms in the KRI and welcomed expertise that could improve and accelerate the reform process in administration and governance.