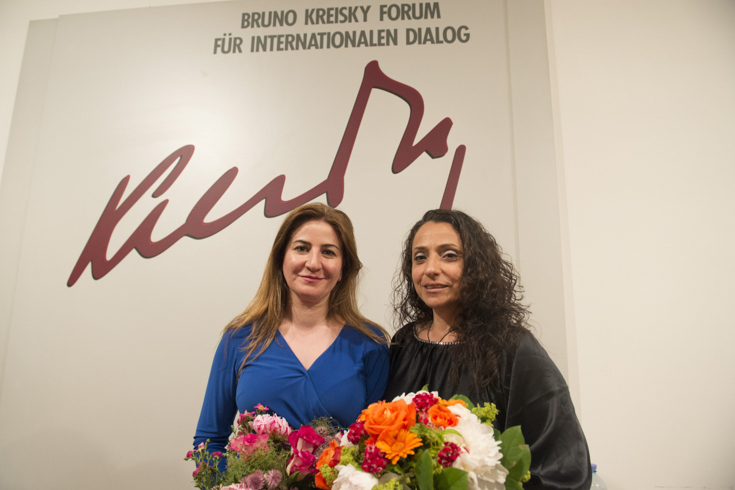 Vian Dakhil became well known beyond the borders of Iraq, when in the summer of 2014 she pleaded in the Iraqi parliament for the rescue of the Yezidi minority from the terror organization IS. Her dedication to the fate of the Yezidi community has taken her across Iraq during the past year to meet survivors, and to give a voice in particular to women and girls who have escaped the captivity of IS. Across the world, Vian Dakhil has called for international support to put an end to atrocities and to help free the 2000 Yezidis who are still thought to be in captivity. In 2014, she was awarded the Anna-Politkowskaja-Prize for female human rights activists for her invaluable contribution to the Yezidi community.

The Bruno Kreisky Prize for Services to Human Rights was established in 1976, and is awarded every two years to individuals, projects, and institutions that have advocated for human rights.

During her stay in Vienna, Vian Dkhil was also received in the Austrian Foreign Ministry, where she called on Austria to support the victims of IS in coping with psychological trauma and providing medical assistance. Mrs Dakhil also met with many members of the Yezidi community in Austria and provided them with updates about the current situation in their homeland Iraq.