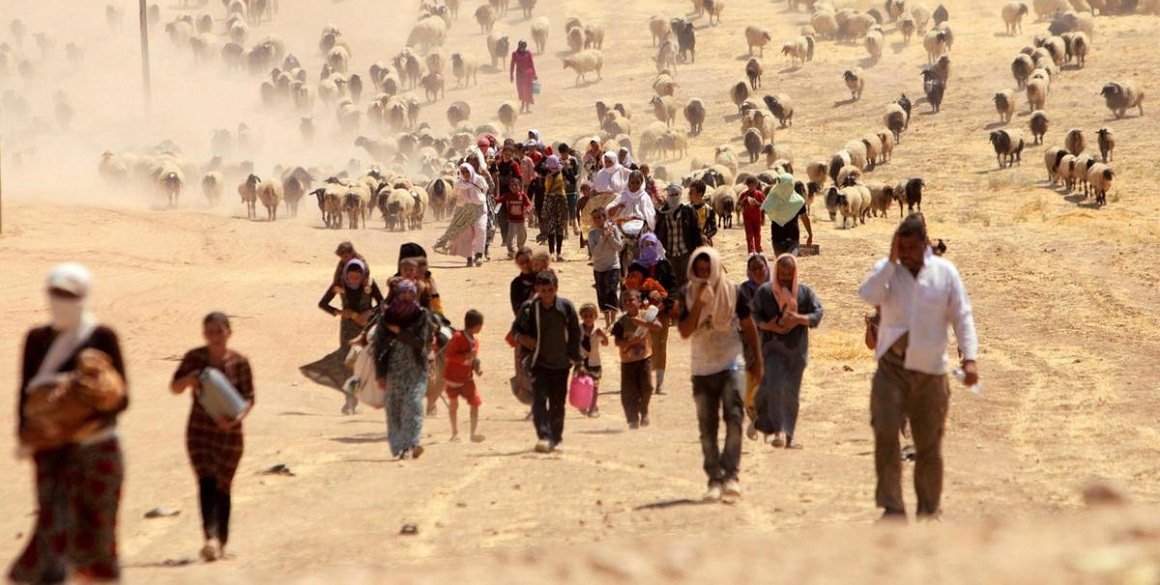 The 5th Anniversary of the Sinjar Massacre

Troughout their history, the Yezidi have endured massacre and genocide. The destructive attack that took place on 3 August 2014 at the hands of ISIS is the latest and most tragic of this heinous series.

After ISIS had taken control of the Niniveh territories, it launched a coordinated and planned offensive on Sinjar, in what was surely the most brutal attack carried out by the terrorist organisation. They committed mass execution of civilians, abduction and enslavement of women and girls. To this day, still more than 3000 Yezidi men and women are missing and more than 2000 children were left orphaned. Many of the Yezidi who were massacred were buried in mass graves in and around Sinjar, of which the total number is unknown.

On 1 August 2019, the Kurdistan Parliament passed a resolution in order to designate 3 August as the official Remembrance Day of the Yezidi Genocide. Read the resolution here.

The sheer destruction in human and material loss is immeasurable. Shingal district is considered the most affected area in that it was systematically attacked in order to be annihilated. In this context, the Parliament resolution is instrumental because it paves the way for the Iraqi federal government to fulfil its legal obligations toward the Yezidi. According to Law 20 of 2009, Iraq is responsible for the reparations for the survivors of terrorist and genocidal attacks.

KRG Prime Minister, Masrour Barzani, stated that the government’s effort to rescue Yezidi will not cease until all abducted Yezidi are free.

President Nechirvan Barzani, in a meeting with UN Special Envoy for Iraq, Ms. Plasschaert, stressed that the help of the international community is necessary in order to fund reconstruction of the Sinjar area, to internationally recognize the Sinjar massacre as genocide, and to ensure that all perpetrators are brought to justice.