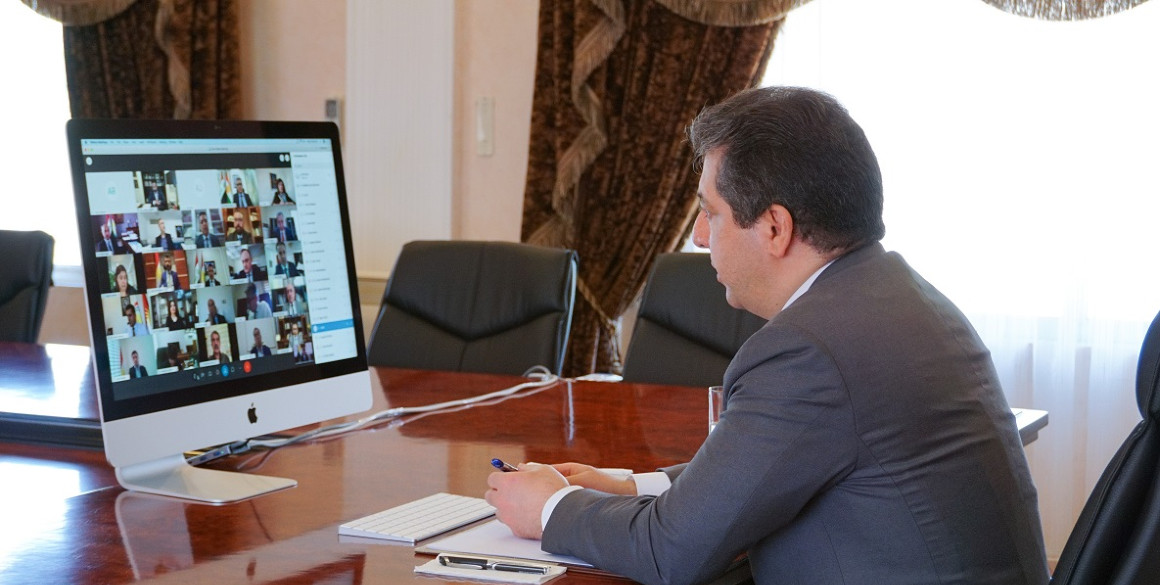 The reform bill was officially put into effect by the cabinet today. This bill is in response to Kurdistanis’ demands for fairness across the public sector – in salaries, pensions and benefits. It will end abuse while protecting the rights of those with entitlements. pic.twitter.com/rdZoRWiIXA

Prime Minister Masrour Barzani chaired a cabinet meeting via videoconference to discuss the measures necessary to implement the reform agenda and ongoing disputes with Baghdad.

In the meeting, Deputy Prime Minister Qubad Talabani presented a report on recent talks with the federal government, highlighting proposed solutions to outstanding problems. He also thanked the high-level delegation for defending Kurdistan Region’s constitutional rights. The Cabinet then decided that dialogue with Baghdad will continue in an attempt to reach an agreement that protects Kurdistan Region’s constitutional rights and entitlements.

Abdul Hakim Khasro, Head of the Department of Coordination and Follow-up and Secretary of the high-level committee on reforms, presented a report on practical steps necessary to implement the reform law, which came to effect today, with the Minister Finance and Economing briefing the cabinet about the financial mechanisms approved on June 29 to implement the reform law.

Following an exchange of views, the Council of Ministers unanimously approved the legal framework, which will be a legal basis for joint projects by the public and private sectors, creating equal opportunities for companies to work and compete. Also, the Council of Ministers debated and unanimously approved the committee’s recommendations for tax reform, which will undo tax exemptions granted illegally.