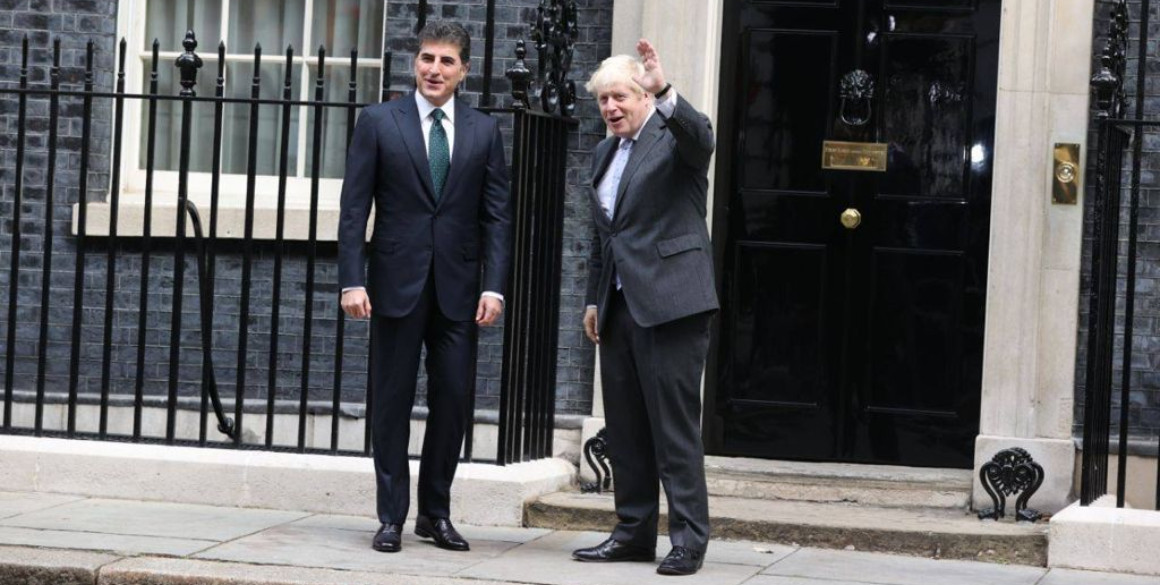 United Kingdom reaffirms support for Iraq and the Kurdistan Region

Kurdistan Region President Nechirvan Barzani received a letter from the Prime Minister of the United Kingdom, Mr. Boris Johnson, reaffirming the continued commitment from the UK to the longstanding security and stability of Iraq and the Kurdistan Region. Mr. Johnson also referred to President Barzani’s last visit to London, describing it as an important opportunity to discuss mutual partnership.

Responding to an earlier letter from President Nechirvan Barzani, Prime Minister Johnson writes, “It was a pleasure to host you in London in September, following my visit to Erbil in 2015. The UK values highly our partnership and remains committed to the long-term security and stability of Iraq and the Kurdistan Region of Iraq.”

“I was very pleased to hear about improvements in relations with the federal government. The UK supports your ambition for a reformed Peshmerga,” Mr. Johnson added in the letter.