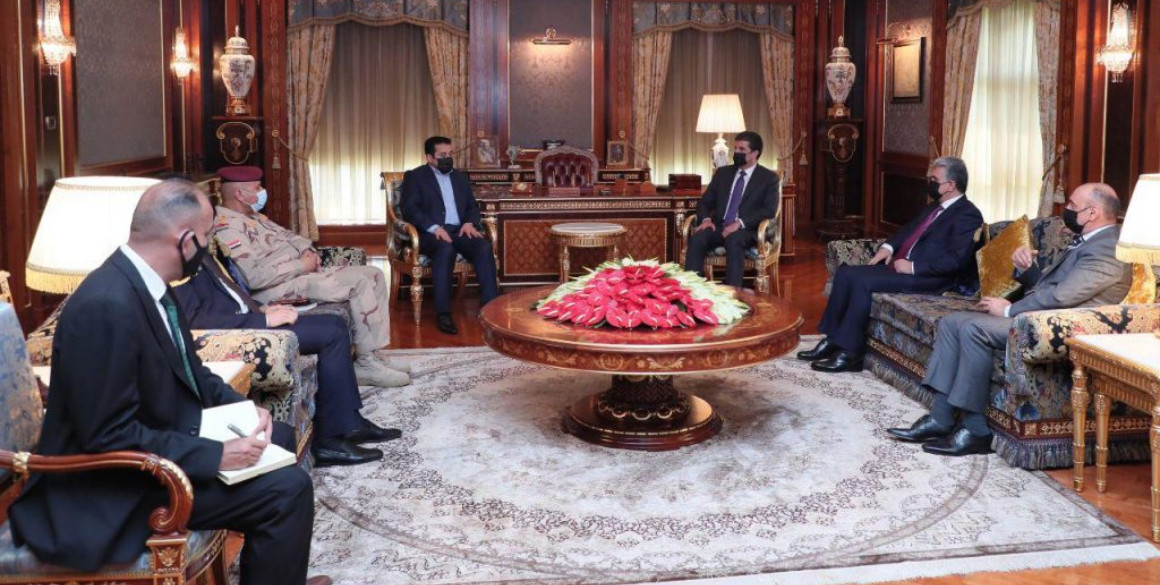 The two sides discussed the latest security developments in Iraq in general and the recent attacks on embassies and diplomatic missions in Baghdad and their implications in particular. The meeting also covered the mission and activities of the International Coalition to defeat ISIS in Iraq, threats posed by ISIS terror activities, and ways to confront them, especially in the disputed territories.

The President and Mr. al-Araji stressed the need to maintain security around embassies and diplomatic missions in Baghdad, and also underlined the importance of cooperation between the Peshmerga and Iraq’s army to confront and defeat ISIS.