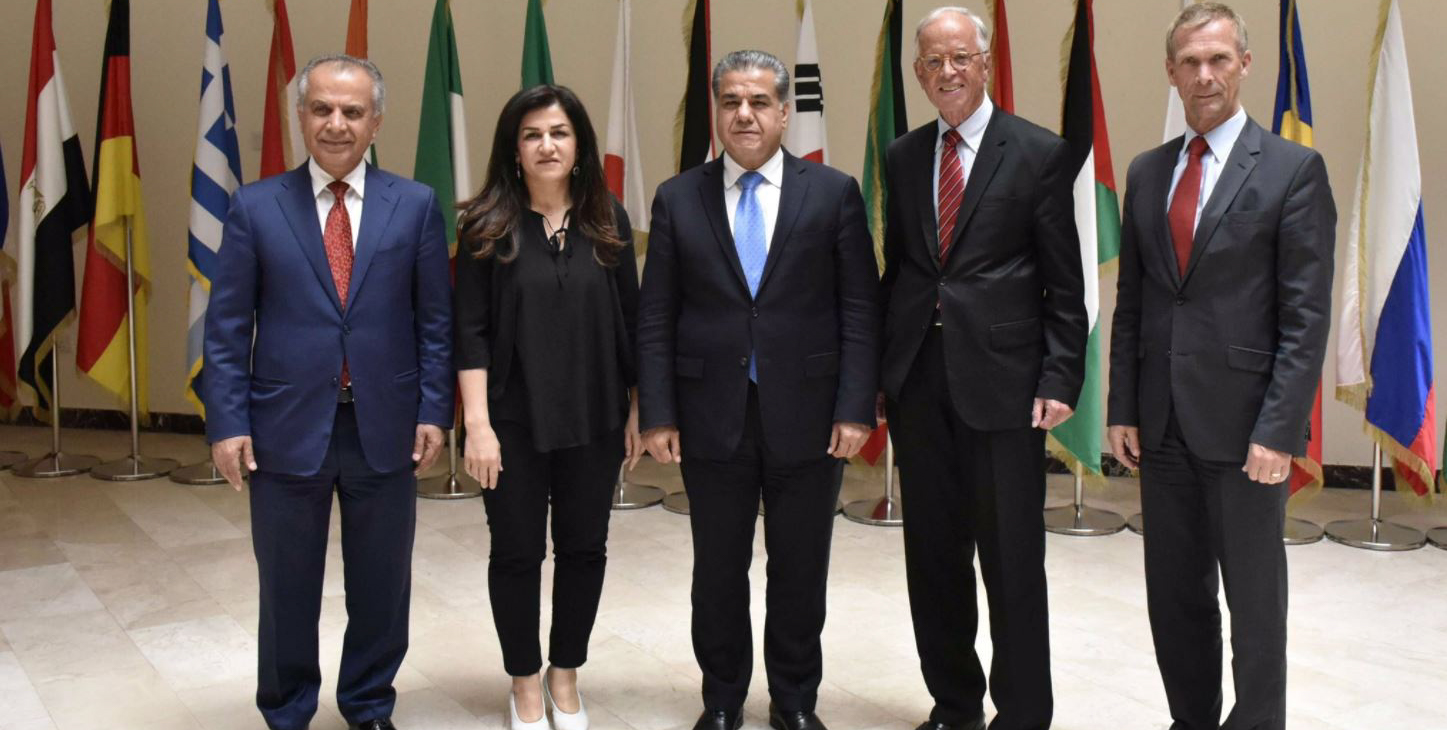 Minister Falah Mustafa received Former Austrian Minister of Defense and President of the Austrian Institute for European and Security Policy (AIES) Dr. Werner Fasslabend and his accompanying delegation on Thursday, May 18th 2017.

In the meeting, which was also attended by the KRG’s representative to Austria, Dr. Mustafa Ismail Ramazan and Assistant Head of DFR, Ms. Siham Jabali Mamand, both sides exchanged views on the current political, humanitarian and economic developments in the Kurdistan Region and Iraq. They also discussed the military campaign to defeat ISIS terrorists in Mosul and future options to establish stabilization and peace in the Nineveh Province.

Minister Mustafa presented a detailed account about the history of relations between Erbil and Baghdad and stressed that the leadership of the Kurdistan Region decided to hold a referendum on independence during this year.