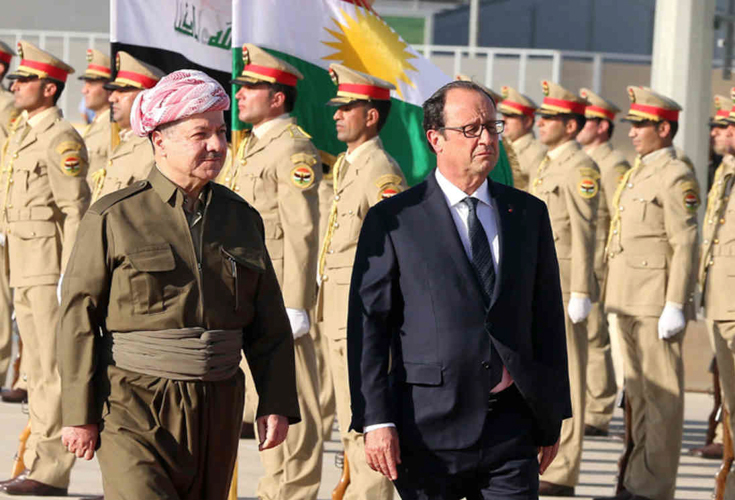 As a sign of their support, France took the decision to join the international coalition led by the United States in taking military action against the extremist group IS. Since the beginning of the crisis, France has been a crucial supporter of the Kurdistan Region.

High profile politicians in France have been urging for greater international assistance of the Kurdish Peshmerga forces, stating that they are not only protecting Christians and Yezidis, but also fighting for democratic values.

Prior to his visit, President Hollande congratulated Iraqi Prime Minister Haider al-Alabadi on the formation of the new Iraqi government and pledged their support for their fight against IS.