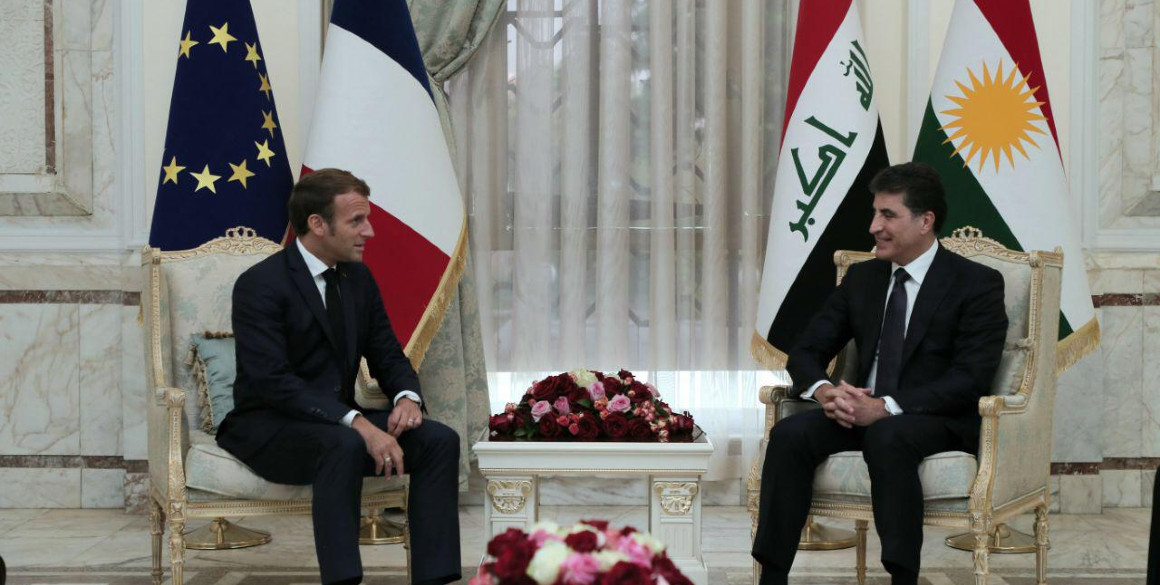 Kurdistan Region President Nechirvan Barzani held discussions with President Emmanuel Macron of France on the occasion of his visit to Baghdad.

Both Presidents agreed that stability in Iraq will be achieved through the resolution of disputes and acknowledged the importance of the continuation of support from France and its allies in the international community for Iraq.

President Nechirvan Barzani expressed his appreciation to President Macron and praised France’s continued support to the Kurdistan Region and to the constitutional rights of the people of Kurdistan. He highly valued France’s role in supporting the dialogue between Erbil and Baghdad.